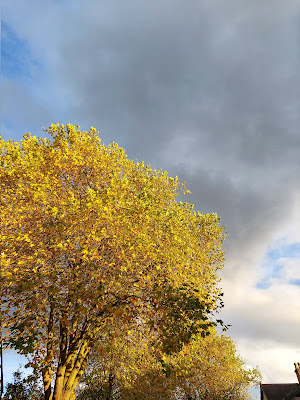 Two weeks ago Khayem posted Creation Myths, an hour and twenty minute long mix of songs released by Creation Records between 1989 and 1991. It is a wonderful time capsule, a spicy soup of electric and acoustic guitars, dance beats, distortion, noise and melodies. Tucked away inside were two songs by a band I haven't even thought about for years/ decades and certainly not listened to in as long- Swervedriver. Swervedriver were from oxford and were deeply inspired by American bands- most Creation bands who were influenced by US groups loved Love, Buffalo Springfield and The Velvet Underground. Swervedriver wanted to sound like Dinosaur Jr, Sonic Youth and Husker Du and to be fair they did a good job of it. Huge crunchy guitar riffs, snarly FX pedals, wah wah and tremelo, thumping drums and multi- tracked, stoned vocals. Heavy, rocking shoegaze with dreadlocks. They sounded like what they sang about- the open road, hot sun beating down on tarmac, speeding cars and gas stations, all the cliches but done so well.

Never Lose That Feeling came out in May 1992 and was produced by Alan Moulder who made a lot of Creation groups sound big- it's woozy, stoned but speedy rock.

Rave Down was on Khayem's mix and is my favourite Swervedriver song (although I don't own a physical or digital copy). It came out in 1990 and then appeared on their debut album Raise a year later. It's a blast with a bulldozing, churning chord change and vocals to match.

Interesting stuff. Possibly the least "Creation" of all the bands on Creation, I saw them support The House of Love at the Top Rank in Brighton in 1990. "All the cliches done well" sums it up perfectly. The post Bickers version of HOL struggled to follow them if truth be told...

A fave band of the time for me too, especially with Rave Down, just loved their wall of sound. That's a great description in your post. I saw them at a small local venue too but sadly (and unexpectedly) they were a bit disappointing, maybe they were just having an off-night. Can't remember much else about it apart from the fact that the unknown support band were excellent, but were never heard of again.

The least Creation band of all the bands on Creation is very true. The Bickers House of Love might have stood a chance.

C- love it when you see an amazing unknown support band and never see or hear of them again.

Thanks Jase, haven't seen that before.

Thanks for the namecheck and kind words, Adam. I discovered Swervedriver through those Creation compilations and have collected digital versions of a few EPs since, but not their albums. This 11-minute version of Never Lose That Feeling is awesome, though I'm with you in holding Rave Down as my favourite of their songs. A great band that I wish I'd seen live at the time.

Funnily enough, listening to Swervedriver has got me thinking of Dr. Phibes & The House Of Wax Equations, contemporaries cut from similar cloth.

I saw Dr Phibes play in Liverpool and bought a 12" by them. Memory of them is good.