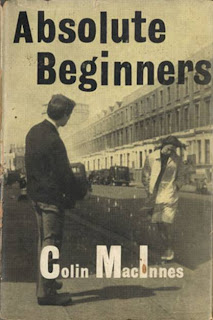 Saint Etienne's cover version of Bowie's 80s film tie single Absolute Beginners- a good effort if truth be told although the repeated 'South Bronx' sample becomes a bit wearing. The film was based on Colin McInnes 50s novel- a classic of it's kind.

The extended mix Bowie's single went on for over seven minutes and was the best thing about the film by a long chalk. Except for that pesky saxophone.

Love the St Etienne but the Bowie is brilliant even the sax but the best thing about the film I think not that has to go to the lovely Vespa GS which has more acting ability than Patsy Kensit and Eddie O'Connell combined.

I watched this a few months ago and although not great, it was a lot better than I remembered.

I was quite taken with Patsy Kensit at the time. You're right about the Vespa.

...my favourite Bowie song of all time....was the soundtrack to my very owned doomed romance that year. I was saved though, the girl in question grew up to become a wannabe Lib Dem MP.

When I originally saw Absolute Beginners I left the theater thinking that it was a nicely sequenced collection of videos, but not a real representation of the novel.
Having seen it again a year or so ago, I was much more take with the audacity and color that it brought to the story. London, in all it's back lot, film studio glory steals the film.

The film got a lot of flak at the time, mostly rightly I think as it's not much cop. Brave effort to do something different though I suppose.

I remember seeing Gerald Kaufman on Pebble Mill (oh the things that are stored in my brain) saying that the film was a "lie" about how things were back then which I thought was a bit strong.