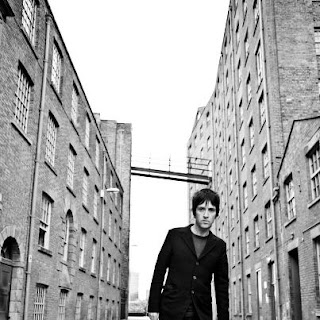 As I mentioned last weekend. But I'm looking forward to this, so I've suspended the rockabilly for this week (and Johnny was always a rockabilly fan). The gig's at The Ritz which is a real Manchester homecoming too as it was the venue for the very first Smiths public performance thirty years ago. This song features Morrissey, Johnny, Andy and Mike early on, from the aborted Troy Tate sessions for the first Smiths album. It turned up on the I Started Something I Couldn't Finish single in 1987, suggesting someone in the band realised late on that those Troy Tate sessions were scrapped hastily. Or they'd run out of B-sides.

Pretty Girls Make Graves has loads of great Morrissey lines in it- I particularly like 'She wants it now and she will not wait, but she's too rough and I'm too delicate'

In 2010 Johnny recorded an all-guns-blazing cover version of Rabbit MacKay's Tendency To Be Free, with all the proceeds going to homeless charity Centrepoint. You can get it here for the princely sum of 99 pence. I heartily recommend that you do- it's ace. Rabbit MacKay's original was from the 1969 biker film Angels Die Free...

Are you there yet?