Why Must I Always Be A Failure? 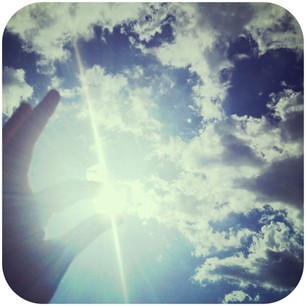 This winter seems like it will never end. Where's the sun? Where is the sun? It's been so long I've been reduced to looking for pictures of it on the internet (that have been Instagrammed for that extra rosy glow).

Skinny were a downtempo/trip hop act from 90s London. Just typing that makes me feel like I'm wearing combats and a backpack. The David Holmes remix of their best known song keeps that trip hop vibe and chucks in a load of retro soul/blues, vinyl crackle and extends it over eight and a half minutes. Really very nice. Nice- ugh.

While we're here, this is a rather wonderful new remix Holmes has done for Belfast's Documenta Drone Pop.

Great track - underrated, at the time, I think. All the mixes have their merits. Ta.

i remember the first time i came across this,in a glasgow pub on mtv, i always liked them,morning light was a good track too.....well to me anyway