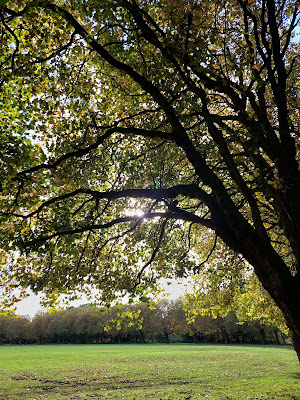 Following yesterday's post, the other song that I always associate with the days and weeks around Isaac's return home from hospital after being born is this Belle And Sebastian song, released on 12" on 7th December 1998.

This Is Just A Modern Rock Song

Seven minutes long and starting out with incredibly quiet acoustic guitar it builds very slowly, hushed and sparse, while Stuart Murdoch sings of Emma and Laura, Dostoevsky and Mark Twain, the band itself ('We're four boys in corduroys/ We're not terrific but we're competent) before gliding to a halt after the lines, 'This is just a modern rock song/ This is just a tender affair/ I count ''three, four'' and then we start to slow/ Because a song has got to stop somewhere'. I have very clear memories of playing the song with the volume down low while Isaac slept in his basket in the front room.

What we didn't know at the time and would only find out a few weeks later was that he wouldn't have heard the song anyway. He was born with some significant hearing loss and got hearing aids at three months old- the song has always had a sense of all that tied in with it too for me.

"a sorry lament," "full of good intentions," " a tender affair"...
everything seems poignant.

One of the first couple of Belle & Sebastian songs I ever heard (the other being String Bean Jean) and I was hooked from then on. A wonderful song and a poignant post, Adam, thank you.

Really like this, I'm only familiar with Belle & Sebastian from Boy With The Arab Strap. Thanks