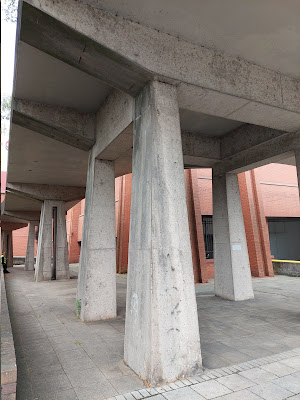 GLOK, the alter ego Andy Bell uses for his dance/ electronic output, have a new album out in October an album called Pattern Recognition. That's the Andy Bell out of Ride not the one out of Erasure (though surely it can only be a matter of time before they collaborate). Ahead of the album comes song number two, following Maintaining The Machine a few weeks ago, a lovely, long cosmic thing with Irish poet Sinead O'Brien on vocals. The new one is called Closer and is further away from his day job with for Ride than ever, pure late 80s acid house with the influence of people like Mr Fingers and A Guy Called Gerald all over it. This version is Closer (To The Edit), written and recorded using nothing but a Roland SH 101, is a shorter version than the one which will eventually come out on the album. Lovely stuff it is too.

I've really enjoyed the GLOK stuff I've heard so far (all via your good self) and this tune is no exception.

All the recent Andy Bell releases and remixes have been exceptional

Wow! Two notes in and I was double checking to see if it was actually Mr. Fingers or The It!!!
The Roland's guitar sounds are used to great effect and the melody is on the edge of breaking into a salsa in parts.
Fantastic!

Superb. Looking forward to the album... and the GLOK/Erasure soundclash, which has got to happen now, surely?!