Forty Minutes Of My Bloody Valentine 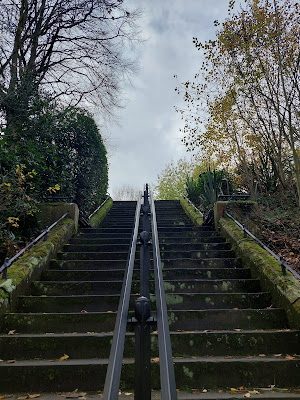 The other night I was about to go upstairs. Lou was halfway down, a quizzical look on her face.

Her: 'There's a horrible, whining, drilling sound coming out of the computer... what is it?'

I rushed upstairs to see what was happening. I'd left my mp3 player plugged in to the USB slot to charge it. When it's fully charged it switches itself on and starts playing random songs, through it's own tiny, tinny speaker. The 'horrible, whining, drilling sound' was You Made Me Realise by My Bloody Valentine.

Me: 'That's not a horrible, whining, drilling sound. That's You Made Me Realise by My Bloody Valentine.'

A My Bloody Valentine Sunday mix had occurred to me a while back and this seemed like an ideal opportunity to put it together. They are an acquired taste I think it's fair to say and there are times when if the mp3 player is in shuffle mode in the car, they can jar and disrupt a good flow of songs like few other groups. The string bending, feedback, tremelo, full on assault of Kevin Shields and Belinda Butcher against the sometimes raging rhythms of Colm O' Ciosoig's drums and Debbie Googe's river dredging bass can be a heavy jolt to the senses. Equally, the same noise can be uplifting and life affirming in a way all of their own. They also do a beautiful line in a sort of head- spinning, post- coital comedown wooze, something Sofia Coppola knew when she put the soundtrack for Lost In Translation together.

The music below is almost entirely from their 1988- 1991 heyday. There's nothing from the 2013 mbv album- not deliberately as such, I just didn't have it to hand and couldn't remember anything about it, so if nothing else I will go back to that record and see what it sounds like now. When it came out in 2013 it was their first album since Loveless in '91 and was recorded in bursts up between 1991 and 1997, then resumed by Shields in 2006 and then again in 2011. Instead I've gone for songs from Isn't Anything, Loveless and the EP releases around those albums apart from a cover version they recorded in 1996.

Forty Minutes Of My Bloody Valentine

Don't Ask Why is my favourite MBV song, a gorgeous, swooning tripped out song, gently strummed, chiming, slightly off kilter guitar and Kevin's voice, very clear and upfront. Belinda coos in the background and a shimmering reverb covers everything until the moment at three minutes six seconds where a second guitar comes in like a weather system. It was on the Glider EP released in 1990 in the run up to Loveless, which kept getting pushed back. In his book on Creation Records David Cavanagh speculates that many of the song titles from this period were coded messages to Alan McGee- Soon, Don't Ask Why, Off Your Face.
Slow was a B-side from the You Made Me Realise 12" in 1988, an indie rock (with the emphasis on weird, disorientating rock) about oral sex. You Made Me Realise is from a point in time when indie guitar music, as made by this band and a handful of others, was going somewhere it hadn't been before. Drive It All over Me is from the same EP, effortless, late 80s brilliance.
Feed Me With Your Kiss was a single in 1988 and appeared on Isn't Anything. A friend of mine bought Isn't Anything on cassette, played it and took it back, assuming there was something wrong with it. 'The guitars keep slipping out of tune and time, the tape must be too slack or stretched or something', was the gist of his complaint. 'That's what they sound like', he was told.
Loomer and Soon are both from Loveless, released in 1991, a year not sure of groundbreaking, high quality albums. It sounds as breathtaking now as it did then. Soon is Brian Eno's favourite MBV song, the song which sounds like the six minutes where everything Shields was searching for came together- it is both very vague and sharply in focus, guitars hinted at and right in your ears, a blur of memories and feelings worked into something approaching a song. Belinda's vocals sighs and Colm's drums provide the top and the bottom. Everything in between is like the ghost of indie guitar rock, recorded onto tape and then faded, blurred, bleached. Loveless is according to legend the record that nearly bankrupted Creation and McGee's relationship with Shields and the group broke down as a result. He went from My Bloody Valentine to Oasis (you can probably insert your own sentence here depending on your point of view).
Andrew Weatherall's remix is a groundbreaking record too, the acid house dancefloor dynamics and samples taking Soon into another place. Hugo Nicolson, Weatherall's production partner at the time, was presented with the records Andrew wanted to sample and the pair (with the band in the studio wanting to check what was happening to their music and apparently wanting also to see what remix culture was all about and what the process was) went about inventing indie dance and then destroying it at the same time. I wrote about this remix here and the various samples Weatherall and Nicolson used- West Bam, Gang Of Four, Claire Hamill, The Dynamic Corvettes, Rich Nice and as Hugo told us, the voices from a Volvic television advert.
Map Ref 41°N 93°W is a cover of a Wire song, recorded for an album of Wire covers that came out in 1996 called Whore- Various Artists Play Wire. Lush, Band Of Susans, Bark Psychosis. Lee Ranaldo, Mike Watt and Godflesh are among the other contributors.
Posted by Swiss Adam at 08:00

Great piece Adam, terrifically thought out as usual.
I'd seen the early MBV with their original singer Dave Conway around 86 and 87, usually supporting others around London...a noisy but more jangly beast than what they turned into once he'd left. Still good fun though. When they released the Ecstacy album it was clear they were after something a lot more original, and even though they refined this approach on Isn't Anything, and became the true innovators that they became in 91 it was still a bit of a shock. In truth, I think I love their output from 88-91 best.

Seeing them around 86/7 and then seeing what they turned into must have been amazing Nick.