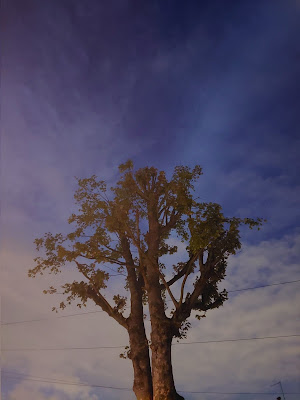 Andy Bell has just released an EP of covers, three of which were already out earlier this year and posted here along the way. The songs make up some of the influences on Andy's solo album Flicker, released at the start of 2022. His cover of Arthur Russell's Our Last Night Together is a wonderful, small hours piece of music, so gently frazzled it almost falls to pieces while it's being played. I've posted the cover of Pentangle's Light Flight already. The third is a cover of The Kinks' The Way Love Used To Be. The fourth part of the jigsaw came out yesterday, Andy's cover of Yoko Ono's Listen, The Snow Is Falling...

How good is that?

You can buy the Untitled Film Stills EP here. Worth every penny.

Yoko's original, what she calls 'the first pop song I wrote' came out in 1971, the B-side to John Lennon and the Plastic Ono Band's Christmas single Happy Xmas (War Is Over). The band was an all star/ John's friends affair- Lennon plays guitar, Klaus Voormann bass, Nicky Hopkins is on organ and Jim Keltner on drums and bells. Anyone who is a Yoko naysayer, should listen to this.

Listen, The Snow Is Falling

I spotted this EP on your Insta feed the other day, searched it out and have played it a few times since. It's very good indeed. Andy's got great taste, not that's ever been in question.