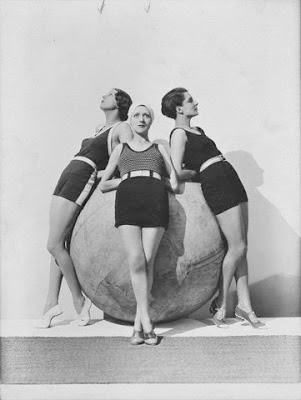 I've always found Blur too easy a band to dislike. For a start there's Damon Albarn, who spent much of the 90s exhibiting the kind of smug arrogance that's really, really irritating. Guitarist Graham Coxon sometimes came across as a petulant toddler who if he disliked playing music that much should've just stopped. The bassist- I can't bring myself to type his name- has committed more crimes against the counter-culture than almost anyone I can think of. The mockney, dahn-the-dogs, tracksuit top stylings. Country House. The list goes on. What's more I saw them at Liverpool Poly just after first single She's So High came out and there was nothing to suggest they'd go on to do anything other than fade away within a year (and for a sign of how different those times were, feminist groups picketed the gig protesting against the sexist nature of the record's sleeve- a retro painting of a naked girl riding a hippo. How odd all of that seems now). The highlight of the night was my friend Mr A.N. standing at the urinal trough next to Mr Albarn and splashing his desert boot.

There's no denying that they know their way round a tune; off the top of my head the following are all first rate- There's No Other Way, Popscene, Girls & Boys, The Universal, MOR, Country Sad Ballad Man, Beetlebum, On Your Own, To The End, Coffee And TV, End Of A Century, Tender, This Is A Low, For Tomorrow, Under The Westway. In fact, that list makes me wonder why I don't even own a Blur Best Of compilation.

For Tomorrow
Posted by Swiss Adam at 08:00

I've always been a fan. The No Distance Left To Run documentary from 3 years ago is definitely worth watching even if you're not a fan. Albarn comes across very well whereas Coxon comes across as a petulant child. My only quibble with Albarn these days is his inability to pronounce "th" correctly. Does contain Lord Cock of The Cheese. http://www.youtube.com/watch?v=k2yLlP1Agqw

Obviously I completely agree with pretty much everything you've just said. I still can't work out why Albarn isn't the Bowie of the 90s/00s but he clearly isn't. My brother bought me Think Tank years ago and I just can't find it in me to be interested in it.

Haven't heard Think Tank. The 2 Blur lps that I can listen to are Modern Life Is Rubbish and the Blur one from 97 and neither completely satisfies me. Bits of Parklife but I don't own a copy. Funny thing is I'm more than happy with some of the side projects- Gorillaz can be excellent, Good Bad & Queen was top notch, some of Coxon's solo stuff is OK too, Fat Les- er no maybe not- but there is something about Blur that keeps me at arms length.

I fully agree - and can't add much in the reasons stakes. And it's not just that I'm northern and 10 yrs older. Nor that Mr A has prob more cash than the IMF.

For all the sarf east hope n glory, he's no Ray Davies or Shane MacGowan. But, as I don't know them personally, I suppose they may be very fine chaps. (Bass player excepted obv).

For my lugs and (albeit insignificant) sensibilities, it's all just a bit too patchy, cod-Camden, face you wanna slap, bluebottle in the room .. annoying.

the most remarkable thing about this piece is that you didn't swear Adam. As I read it I recalled all the disdain I have felt for this crowd for years. As you say some great tunes but that over-riding sense of bile one gets when you see them is always there. They all got too many hugs growing up, even the minger on't drums.

I like Blur, I do. Hunners of good tunes, as you've listed.

Think Tank is their best LP, if you ask me.

In the 90's I had about 10 minutes for Blur, 15 or so for Oasis - more because of the soap opera rather than the music, but lots of time for Suede.
This Post Punk never really got what was so special about Britpop, or Grunge for that matter. I turned my attention to House music by then and feel I never really missed anything.

Cunts, the lot of them.

I'll own up to being a huge fan of Blur. Loads of great singles, albums with stuff worth checking out and huge kudos for having the balls to start again somewhat when the Britpop thing threatened to tear them apart.