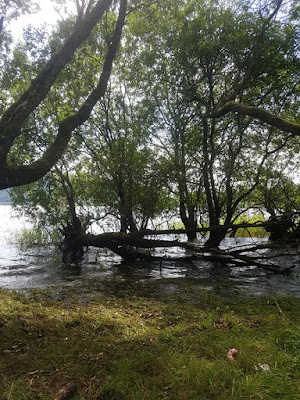 David Holmes' Unloved project is a 60s via the 21st century sound, L.A. girl groups and Jack Nitzsche filtered through his thirty year DJ/ production/ soundtrack career. To date Unloved are two albums in, several singles and remixes, and a large part of the soundtrack of BBC's Killing Eve. There's a nine track remix e.p. available with reworkings of the song Why Not by Gwenno, Phil Keiran, Hardway Bros and The Vendetta Suite plus this, almost nine minutes of throb, echo and mystery via Richard Sen (there's a remix and a dub version).

Phil Kieran's remix is shorter, just shy of six minutes, but it's a blast, a funked up 60s spy film bassline, some horns, clattering percussion and a mad, driving energy. Occasionally it surfaces, vocals drifting in, before everything submits again to the pulse of the rhythm.

The Hardway Bros, Vendetta Suite and Gwenno remixes, it goes without saying, are all excellent too. Buy the whole package at Bandcamp. There's a limited four track vinyl release too which may well be sold out.
Posted by Swiss Adam at 08:00

The Richard Sen Dub is particularly good. That throbbing pulse throughout is terrifically engaging.

I've thoroughly enjoyed the Killing Eve soundtrack so always good to hear more by the Unloved. The Phil Kieran mix here is the one for me... can just imagine it fitting a scene in KE too, I love its urgency (and the whoozy bits).