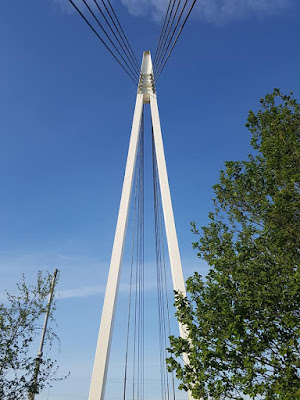 Thirty years ago a second wave of Manchester bands came through following in the footsteps of The Stone Roses and Happy Mondays, who as far as guitar bands go had made 1989 their own. The city's practice rooms, rehearsal spaces and recording studios buzzed with people eager to get their sounds out into the world. The second wave included The Charlatans (not actually from Manchester), Northside, Paris Angels, World Of Twist and Rig. Looked at now these bands have little in common with each other musically. Rig, from the south side of the city, the Didsbury/ Withington/ Stockport area, were young and fired up by Talking Heads, ACR, the Mondays, ESG, Tackhead, James Brown, Public Enemy- noise plus funk is what they were aiming for. Several sessions in Stockport's Strawberry Studios and a record deal with Cut Deep and then with Dead Dead Good saw them put out some singles that have just been made available digitally for the first time. Debut Dig (on Cut Deep) in an eye catching, day glo pink and yellow sleeve, followed by Spank in 1991, a white label release for Moody and then the catchy Big Head in the same year.

Moody, produced by A Certain Ratio's Martin Moscrop, is a cover of ESG's 1982 NYC proto- house/ disco/ hip hop classic. Rig's version, with a sample from Brian Eno and David Byrne's My Life In The Bush Of Ghosts, is a dancefloor groove, house rhythms and percussion, piano, wah wah guitar, cowbell and singer Adam's vocals floating on top, the sample weaving in and out. Sounds like a bit of a lost gem to me.

Their back catalogue is on all the digital services and guitarist Darren is reliving the band's past in a blog here with stories, photos, posters, gig tickets and flyers. Dig in.

Adam, are you aware of Bunkerpop? I may need to send you a couple of links. Manchester and Hull aren't that different...

Love this. Big thanks.

Bunkerpop - Start Something With a Stop

Bunkerpop - Are You Ready for Something?