I've Been Waiting To Hear Your Voice For Too Long Now 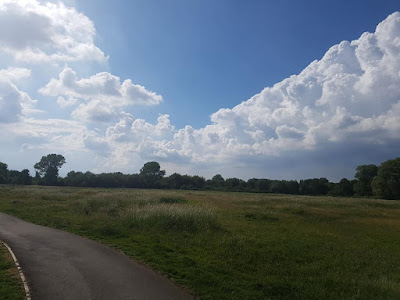 You'd expect a song called Sunrise to be a lament for the night just gone maybe or music trying to replicate the bliss of the feeling of the sun's rays on your face first thing, possibly the walk home after a night well spent. In 1985 New Order's Sunrise was something else, possibly the angriest and most aggressive thing they recorded. It's a full band performance starting with moody keyboards and an immediately distinctive, upper register Peter Hook bassline and then Bernard's scratchy, raw guitar, an angry urgent sound, harking back to their previous band but definitely bathed in the New Order's mid- 80s light. Speed, tempo, rhythm- lots of speed and some bile too. Bernard sings at an enemy about communication failures, insults and injuries and being the subject of hatred. It's all very specific.

Hooky's bass rises and falls, the guitar lines go ever upwards, Gillian's synths add weight and Stephen pushes everything on to its conclusion, the pile up at the end and the crash from going too fast, Sumner's guitar finally finishing in distortion as he thrashes away at the strings.

This version recorded live at The Hacienda in December 1985 shows the song's power played live and the effect it had on their fans- and the playing of the four members together, a modern rock band when they fancied it, as well as dance pioneers.

New Order at the Hacienda in 1985... I have an incredible yearning to be in the middle of that mass of humanity.

I feel like Sunrise was the first track off of Low-life that I heard. It was included on the the record that came with an issue of Debut Magazine back at the time and I rememer how excited I was by the track and how much more it raised my anticipation for the entire release. It was an instrumental version of the track which I think gave it even more power.

That seething mass of humanity is a Covid nightmare Brian. I can't imagine being in the centre of a throng like that and feeling comfortable again, even if I could be transported back to 1985 to see New Order

Real vinyl with the magazine, and 12” no less. Debut was really something.

I miss it, but I have my doubts I’ll ever do it again.

A real stand out.