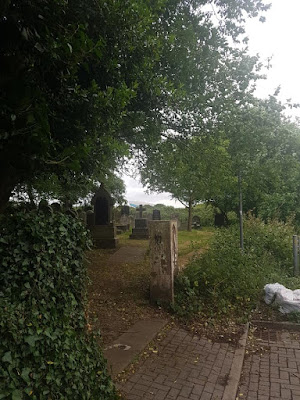 The GLOK remix album, Dissident Remixed, continues to reveal its pleasures slowly. Every remix, all eleven of them, is a new and worthwhile take on the original. I've already written before about the ones by Andrew Weatherall, Richard Sen and Timothy Clerkin and the Leaf edit that came out last year too. The one that has been guiding me and my car to and from work recently, eating up the miles between home and the potential Covid storage facility/ school where I work is Andy Bell's own extended version of Pulsing. In it's original form it was nine minutes long. Andy stretches it out for another six, taking it to the full quarter of an hour, the krauty bassline pumping, a cosmic piano part dropping in and out, various guitars squalling about and synth sounds opening up. It ebbs and flows, parts appearing and re- appearing.  At nine minutes the bassline throbs back in for the closing section, the snare drum rattling away, the build up lasting for well over a minute, the keening synth sounds increasingly intense- very cosmische and very good indeed. Buy it at Bandcamp.

Love it. The remix albumis one of my favorites of this year.

That woke me up when I blared it out earlier this morning - and the neighbours probably.

I hope your neighbours enjoy GLOK as much as mine do Swede.

The GLOK album has had daily rotation here for the last few months and now the remix album is revealing it's charms it's like discovering it all again. There's also a new EP out in October with the Weatherall mix and three new edits of Pulsing by Bell himself to look forward to.

Yep- I missed out on the 12", went too quickly for me to order a copy.

Aw man, after several tasters via Bagging Area, I've really got to get the Glok remix album. I'll be honest, SA, sod the letter to Santa this year, I'm just going to stick in a link to Bagging Area and highlight the songs I haven't already bought.

Khayem is on the right track, this remix album is the gift that keeps on giving. I really enjoy when artists revisit their work, keeping it alive and vital. We are so conditioned to the way music is marketed, that music is given an shelf life that in reality in more imposed than real. Maps is another artist that has release some inspiring remix/collaborations with his series of EPs of his last release. There's a lot to explore the 4 EPs of Colours. Remixed. Time. Loss.

You're gonna make me blush Khayem.