I Just Took A Ride 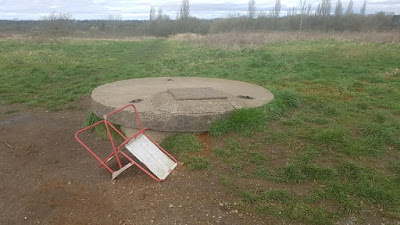 If you want a short, sharp blast of early 70s space rock to lift the spirits and provide a shot of energy and adrenaline you can't go far wrong with Hawkwind's Silver Machine. It opens with a wobble of synth, some oscillations to draw you into the space age, and then the three note bassline and rackety drums drive in, before guitars and vocals provide lift off.

When the group recorded the song in 1972 Robert Calvert's original vocal wasn't cutting it, it sounded said new bass recruit Lemmy, 'like Captain Kirk reading Blowing In The Wind', so he sang it instead, the only one present who could hit all the notes. Calvert was hospitalised not long after. As the song increases in intensity, everyone bashing away at their chosen instrument, the fur flying and the backing vocals screaming, it sounds like the most exhilarating, most exciting ride through space and time imaginable. Guitarist Dave Brock wrote the song about his new silver racing bike, inspired by a short story about cosmic time travel machine. Brock's joke was that the song was about a bicycle and not a sci fi epic. Sax player Nik Turner has said the song could be about a bike but it could be about 'a spaceship or a hypodermic needle, anything that gives you freedom'. I think I like it being about a bike best.

Silver Machine reached number three in the UK (back when these things mattered), a hit single played by a group of mad, long haired, drug using, counter- culture, anti- authoritarian outsiders who played every free festival they could and who had no interest at all in being pop stars or superstars.

I saw Hawkwind several times between 1975 and 1980, then, after a gap of 40 years, caught up with the current incarnation at the tail-end of 2019. Dave Brock is of course the one constant - most of his contemporary bandmates were still at school the last time I saw them. I wasn't that keen to be honest and had to be talked into going, but it was a far better show than I'd anticipated, with particularly strong readings of Spirit of the Age, Hurry on Sundown and yes, yer actual Silver Machine, with drummer Richard Chadwick handling vocal duties.

I've seen them 7 times in the 80s/90s and a few more times were i opposed my head in a tent at a festival for a song then wandered on. The last album I heard had a cricket match on the cover and a few newer versions of tracks.

Opposed my head? Popped my head it should have read.