I Know As Much As The Day I Was Born 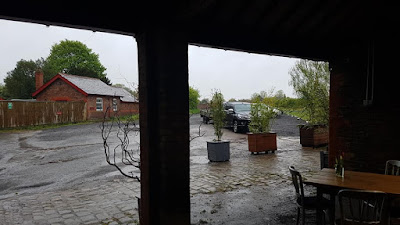 This song has been posted at various blogs recently, many of them friends of this blog, but it seems tailor made for Bagging Area in many ways and it's a feelgood, upbeat dance song for Friday- and we could all do with a bit of feelgood and upbeat for Friday.

Hifi Sean (Sean Dickson) got hold of the master tapes of Fire Island's 1998 cover version of Shout To The Top. Finding the original vocal part, sung by legend Loleatta Holloway, Sean re-wrote the track from the bottom up, in the end providing three different mixes- house, soul/ disco and orchestral horses for courses. Bassline, four on the floor, lovely late 80s pianos, strings, gospel backing vox and then Loleatta. Hands in the air. Hugging strangers. Lights come up. End of the night. Crowd spills out into the night. Here.

Hifi Sean was in a former musical life the frontman of The Soup Dragons, the original indie dance crossover band. His journey from there to here shouldn't be too surprising given how enthusiastic he was about dance music back in 1989. The 1998 version of Shout To The Top isn't too shabby either, the work of Fire Island aka Terry Farley and Pete Heller (both men the subject of various posts here in the last eleven years, Boy's Own being one of the cornerstones of my record collection). Fire Island's cover has a more NYC, Salsoul flavour.

Back in 1984 Shout To The Top was the seventh single released by The Style Council. By this point Paul Weller had put significant distance between his then current band and his previous one. Shout To The Top is a classic Style Council single, the equal of most things The Jam released- those staccato strings, the thumping pace, Weller's vocal, the surge into the chorus. Shout To The Top, then and now, is hugely uplifting dance pop, a message of solidarity and determination and a refusal to beaten down in times of economic and political uncertainty- with a smile on its face.

Shout To The Top

Excellent post, Adam, and you're right, we could all do with a bit of feelgood and upbeat for Friday. I've been playing the main HiFi Sean mix constantly but I've a lot of love for the other mixes, particularly the orchestral reprise. I also had the Fire Island CD single, though it's only the radio edit that I keep coming back. After many listens, I think the HiFi Sean mix really brings out the best in Loleatta's vocal delivery and is second only to the superlative Style Council original, which is also receiving a daily airing or two at the moment. Both sound classic and timeless. When I asked my daughter during the school which she thought was the original version, she said, "I don't care".

This fabulous tune is getting a pre-match airing tomorrow, prior to the Raith v Dunfermline play-off match. Probably around 2.30pm......

Hope it gets the Rovers to the top JC.