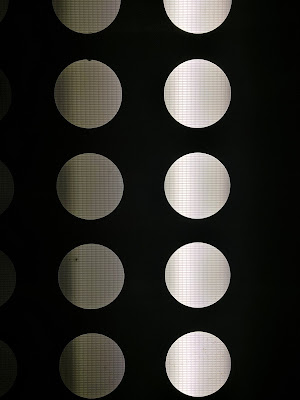 A few people have said that the first anniversaries are the toughest following a death- memorably a friend with experience of this wrote in a card to us 'the first everything fucks'. Today is my birthday, my 52nd, and the first in our household since Isaac died. I haven't really been looking forward to it, it feels like it will bring a lot up. Isaac loved a birthday, he always had a list of activities which had to be observed. He insisted on any of our birthdays that the Happy Birthday banner being hung up in the kitchen, that presents be placed in a pile on the kitchen table, that there must be a card with a monkey on it (always, every time) and cake and candles at tea. Having my first birthday without him feels very sad, another reminder of his absence and our loss. It's another thing we have to go through though, there's no avoiding it and I guess there will come a time when it feels less painful.

Today is also the day of two other significant birthdays shared with friends, one (Daisy) turning eighteen and the other (Sophie) turning fifty. Happy birthday to you both (although I'd be surprised if either of them read this).

52nd Street were a jazz/ funk/ r 'n' b band who signed to Factory, active around Manchester when the 70s turned into the 80s. Bassist Derek Johnson is the brother of A Certain Ratio's drummer Donald and after being seen at Band On The Wall by Rob Gretton they became a Factory act. Tony Wilson had them on Granada Reports twice, they recorded at Strawberry Studios and eventually, as major label A&M came sniffing around the group, they were managed by Lindsay Reade (Tony Wilson's wife/ ex- wife and one of the unsung women at the Factory HQ on Palatine Road). In 1983 they released one of Factory's bona fide classic singles of the period, Cool As Ice (although strictly speaking it didn't come out in the UK, being released on Factory Benelux in Europe and the USA). Produced by Donald Johnson with Bernard Sumner programming the synth (and under the name Be Music, the catch all production title for any New Order productions of other groups whether it was Bernard, Stephen, Gillian or Hooky individually or collectively, often with Donald at the desk as well). Cool As Ice is  uptempo, dancefloor heaven, synths bubbling away and plenty of '83 electro energy. It's easy to imagine Madonna covering it a few years later. Play it back to back with the other great Factory singles from 1983 and 1984- Marcel King's Reach For Love, Section 25's Looking From A Hilltop, Quando Quango's Love Tempo- and its clear that New Order isn't the only story being written at Palatine Road and on Whitworth Street.

Happy birthday Adam, hope you get through it OK. Isaac's birthday rituals were great, especially the card with a monkey on it. It would be lovely if you continued to observe them as a family tradition. It would make such occasions a happy reminder of him. Thinking of you.

Happy birthday mate and enjoy you're day as much as you can. You're thoughts about Isaac touched me much. Keep this young man still in your heart.

It was me, Walter

Happy birthday SA - although so hard, it's another one of those difficult 'first's you mention that you have now got through. The Robster's idea about continuing Isaac's traditions sounds good.

Happy birthday, Adam. I'll be raising a glass to you and your family tonight. Thanks for the song too. I had never heard this one, and I love it.

Happy birthday Adam, tough one, but you will get through it. Wishing all the best to you and your family

Late to the party, as always! A belated happy birthday, Adam.

I love Isaac's birthday "rules". We observe a few of those here but the card with a monkey requirement is a winner, I hope that continues.

Thoughts and best wishes to you...and a cracking tune, to boot.

Belated Birthday wishes Swiss, anniversaries can be tough. Hope you had a good day..

Thanks everyone. Tough day but got through it and had a good evening over in Liverpool taking Eliza out for tea.

Hope you had a nice day Adam. Much love. Swc.