The Passenger And The Bus 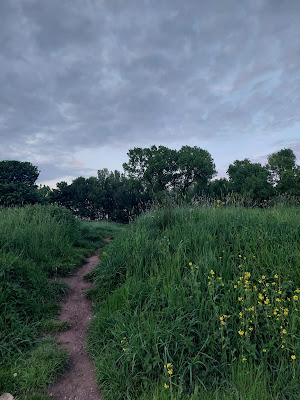 More sad news with the loss of two more musicians in the last week. Ricky Gardiner died last week aged 78. Gardiner played guitar for Iggy Pop and David Bowie. That in itself marks him out as remarkable. But even among those two artists  and their rollcall of musicians, collaborators and players, Gardiner was special. He played the lead guitar line on Sound And Vision. He played the riff on Speed Of Life and on Always Crashing In The Same Car. He was Iggy's guitarist on the Lust For Life album, co- writing Success. He played drums on Fall In Love With Me. And, most of all, he wrote the riff on The Passenger, arguably the greatest rock 'n' roll guitar riff of them all.

A few days later the death of Cathal Coughlin was announced. Cathal, from Cork, died aged 61 after what was described as a long illness. He was previously the frontman of Microdisney and then Fatima Mansions. I first encountered Cathal and The Fatima Mansions on BBC2's Snub TV in 1990 and this specially shot clip for their song Only Losers Take The Bus. Intense and unforgettable, it made a big impression on me, Cathal tied to a chair firing off surreal lines like 'Churchill was shopping bag' and 'Paris is in India' while claiming he was 'born in hail and flames'.

I've always assumed the song's title was taken from Thatcher's (possibly apochyphal) remark that 'any man over the age of 26 who finds himself on a bus can count himself as a failure'.

That Fatima Mansions clip is incredible. Never seen it before. There were times when Coughlan made Nick Cave seem timid and light in comparison. Blues For Ceausescu freaked me out when I first heard it, so intense and intimidating.