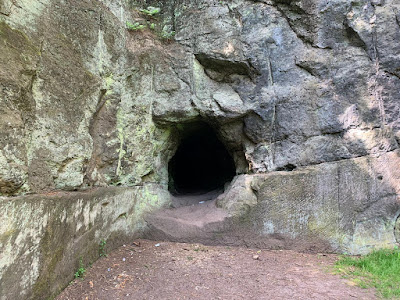 Back in 1993 Paul Weller, then on the crest of a wave and reborn after his wilderness years, released a seven minute remix of one of his songs, a space rock/ dub monster with samples from NASA, rockets taking off, a wah wah guitar isolated and distorted, crunchy drums, sounds whooshing around the place, panning from left to right, squealing siren sounds and bass parts that sounded like your speakers were about to pop. It was picked up early on by Andrew Weatherall who used to play it at the end of his sets at Sabresonic (a sweaty, filthy dungeon underneath London Bridge on Crucifix Lane) and according to those present, it caused mayhem. Eventually, when everyone had lost their shit and tried to find out what it was, Weller released it on the Hung Up single. There was a promo 12" which claimed, not unreasonably, that the two versions contained within the black plastic grooves were 'a sonic aural explosion of dub beats'.

Lynch Mob was the production name used by producer Brendan Lynch. He worked with Weller on his early solo albums and were both with Young Disciple bassist Marco Nelson, Indian Vibes, a one off project who had a bit of a splash with Mathur, psychedelic sitar dance music for the 90s, a Dave Pike Set cover. The 12" came out in 1994 with various versions and remixes and was a hit in France.

Definite blast from the past Adam, fondly remember both these tracks. People keep telling me that Weller is making the best music of his career at the moment, but it just leaves me cold. Much rather this

Completely agree with Rickyotter, the current Fat Pop stuff is very overrated in my view. Early solo Weller is where it's at. Lovely stuff. There was a single free with the Guardian at the time with a great version of Wildwood on too. A Portishead remix maybe?

I do like some of Weller's more recent work, but this is definitely a high point. I got the 110 Below compilation which had the Lynch Mob remix but mistitled Kosmos (SX Dub 2000), then picked up that particular version on the Sunflower EP. The one you picked is the better of the two.

Nick L, yes, Portishead did a spectacular remix of Wild Wood (called Sheared Wood). I got it as a freebie 7" with NME, which included a Lynch Mob remix of Sunflower and a live track.

Lots of love for the Mathar cover, too. I'm sure I ended up with a couple of CD singles - possibly re-released with various mixes across the two by Ashley Beedle and Death In Vegas. Years later before I actuially heard the original Dave Pike Set version!

Yes I meant to mention the NME freebie single in the post. Funny how we all remember it. Think there was a Primal Scream remix of Mathur and I have a Richard Fearless one too.