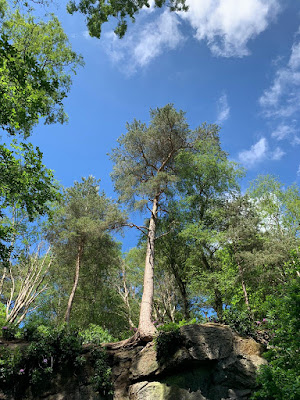 It's been ages since I posted an entire Andrew Weatherall mix and that is simply not good enough. This one dates from May 2011, a CD giveaway to the first hundred people through the door at A Love From Outer Space at The Drop on the occasion of ALFOS's first birthday. It's a largely ambient style hour and a twelve minutes, taking in Sir Richard Bishop, Leyland Kirby, Nils Frahm and Anne Muller, Carlton Melton, Conrad Schnitzler, Mushy, Gnod, Far East Family Band and Blancmange. It's a perfectly judged and paced, pianos and synths and drones, with some trippy choral stuff towards the end, music both obscure and accessible. Find it at Mixcloud.

Richard Bishop- Sir Richard Bishop- began with experimental rock group Sun City Girls and has played with Will Oldham, Bill Callaghan and Devendra Banhart. His work is usually guitar based, drawing on musical styles from around the world. It turns out I have a few things of his on my hard drive, mainly from his 2009 album the Freak Of Araby (and I can only guess they came my way after searching on the internet for his music following Mr Weatherall playing them on either his 6 Mix or Music's Not For Everyone shows). This one comes from that album...

This one is from his 2011 album Polytheistic Fragments, the album the opener on the mix above is taken from.

Thank you, that will do nicely this evening. Mr Schnitzler also doesn't get near enough attention.

Right up your strasse this one Michael.

A fantastic mix and further evidence - not that it's needed - that Andrew Weatherall could turn in a wonderfully eclectic yet coherent journey through any genre. Surprising and lovely to hear the Blancmange track again, sounds perfect in this context.

The Sir Richard Bishop selections were excellent and I'll be seeking out more. Thank you!