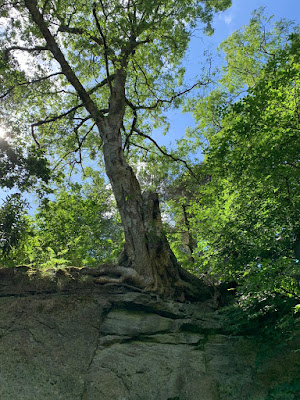 The new Andrew Weatherall mixes of Warpaint's The Fool came out yesterday, double vinyl edition for Record Shop Day. The album originally came out in 2010 with two songs mixed by Andrew, the fabulous, slinky gloom of Undertow and Baby. Weatherall and Nina Walsh worked with the LA fourpiece, recording the songs in the studio and Andrew then mixed them and sequenced them. This wasn't a Screamadelica or Morning Dove White production job. The rest of Andrew's mixes for the remaining seven songs weren't used, the band for some reason going with different mixes and a different running order to the one he put together. Let's be honest- a new version of this album appearing eleven years later with all of Andrew's mixes, in the order he envisaged and a song that was left off back in 2010, a year after he died, can't help but feel a little exploitative. The band and label have every right to release whichever mixes they want to of course. If the mixes were worth releasing then Warpaint and Rough Trade should have gone with them first time round.  If they weren't, then it does feel a little money grabbing to release them now. Having said that, I popped in to Piccadilly Records at midday, no RSD queue and bought a copy. I like Warpaint, I have done since before The Fool came out, and didn't buy that album on vinyl at the time so buying this with Weatherall's connection balanced out feeling exploited  somewhat.

As I said before, this isn't a Weatherall production job, this isn't Andrew and Nina being given the master tapes and carte blanche to do what they want with them. This isn't an early version of Weatherall and Walsh's Woodleigh Research Facility either. This is very much Warpaint sounding like Warpaint sound- post punk influences, dub basslines, stoned vocals, harmonies, West Coast USA via West London in 1978, shadowy, gliding songs, submerged sections and sudden bursts of sunlight. Majesty stands out in this mix, the rumble of the bass and drums to the fore and the spindly guitar notes on top with lots of space between the instruments. Baby, the same as the first release, is all acoustic despair and ennui, Nina's fingerprints visible. After a slow fade in/ intro, Composure lifts off as the bass and drums lock in and surge forward in the mix, the bass low and growly, the guitar notes dancing on top and the push- pull dynamics of the song very alive. The ending and sudden fade out is lovely too. there are lots of little touches, voices fading out at the end of songs, switches being flicked, that you notice when listening closely. Lissie's Heart Murmur (and I thought twice about even mentioning this song and its title given the horrific scenes at the Denmark- Finland match at the Euros yesterday) is dark and wallows in itself, piano spiralling over the rhythm section and a wash of reverb. When you know it's Andrew at the desk you can hear it- I'm not sure if I didn't I would say' yep, that's Andrew's touch' but I guess that's the heart of this release- he mixed it, he didn't produce it. Set Your Arms Down is the one for me after a couple of listens. In Andrew's version he placed it at the album's end (rather than the start as it was in the 2010 edition). The song is a propulsive album closer, building in intensity, those post- punk drums and bass driving the song on. People often compare Warpaint to The Slits and on this song, you can hear it, if The Slits had been from 21st century Los Angeles not 70s London- angular guitars blended into the sound, rattling snares, the throb of post- punk dub but a wider, bigger sound than The Slits had. Set Your Arms Down builds to a spectacular finish and then drops out, a few more seconds of sound and fades out, a good way to finish. Throughout this mix of The Fool the guitars are more post punk, less jangly- the previously unreleased Jubille has some choppy 1979 style guitars- and Andrew's mix places the bass and drums front and centre over a wash of reverb and atmospherics.

What have we learned? It's early days and I haven't lived with it yet but the album sounds very good- it would do with Weatherall mixing it wouldn't it? Do I want gold vinyl? No, I don't (and the pressing doesn't seem brilliant either, a lot of crackle on side C, something that is a recurring issue with coloured vinyl). Is it overpriced? Yes it is- I paid less than thirty quid but some of the online retailers are asking for closer to forty which is nonsense. Is it a lost classic? No, I don't think so. Is it the version I'll listen to from now on? Yes, it is.

I don't know too much about Warpaint, but I really enjoyed these two tunes.

Well worth further exploration Swede. Their 2014 self titled album is their best I think

Thanks for the once over Adam, top notch as always