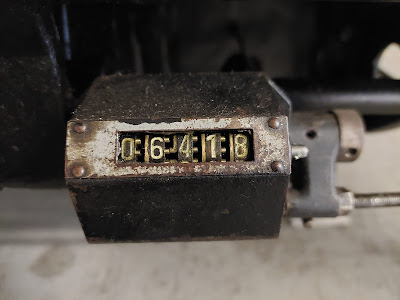 More Glok- I make no apologies for revisiting Glok so quickly after a post less than a week ago. Andy Bell (as Glok) released Pattern Recognition digitally on Friday with the vinyl to follow in January. You've got to be feeling pretty confident and riding the crest of a wave to open your album with a twenty minute long, entirely instrumental track. Dirty Hugs, three seconds shy of twenty minutes, is a sublime piece of kosmische music, synths and drum machines locked in, a guitar line surfing on top, perfectly capturing a feeling of escape. It's all very blissed out and cosmic until at nine minutes in there's a pause and then a skronked out, overdriven Spacemen 3 guitar riff bursts in to take the reins for the second half of the song. The layered, driving, pulsing, distorted beauty of the next ten minutes is a trip in itself. Genuinely breathtaking and jaw dropping stuff. Buy Dirty Hugs and the rest of the album at Bandcamp.

Thanks for the warning, Adam, I placed a cushion on the floor to catch my jaw when it dropped. The album's another must-buy for me.