Rave Of The Pops 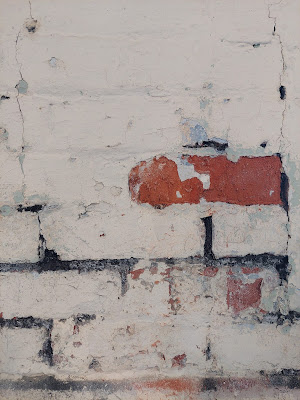 The Top Of The Pops repeats on BBC4 have recently been flying through September 1991, a run of episodes where if we ignore Bryan Adams and his Robin Hood song (more a war crime than a single), Prince's single entendre Cream (chorus 'cream... get on top') and The Scorpions and their fall of the Berlin wall 'tribute' Winds Of Change it was wall to wall dance music, the rave dream come true, the long tail of what started in 1987/ 88 forcing its way into the charts and selling in huge quantities. Some of these singles were pop music dressed in dance music's clothes but they were rave/ dance music nonetheless. In some ways the episodes reminded me of those classic 60s pop music programmes where you got hit after hit - Hermann's Hermits, Sonny and Cher, The Animals, The Stones doing Get Of My Cloud, The Equals and whoever else had a single out that week. In September 1991 there was Sabrina Johnston doing Peace,(American soul/ dance music) and Rozalla's Everybody's Free, a song which the holiday makers in the Med bought on returning home from their two weeks in the sun. The Prodigy were making their first appearance with Charly. Oceanic were from Wallasey and their song Insanity was enormous, rave/ dance music for the masses (and nothing wrong with that). Super upbeat, bouncing rave pop with huge key changes.

More credible and authentic maybe were Utah Saints, a Leeds duo who came up through the clubs, booking all the big late 80s/ early 90s names and who moved into making records, sampling left, right and centre. Bill Drummond reckoned they were the first true stadium house band. In 1991 What Can You Do For Me?, sampling Gwen Guthrie and Annie Lennox, went top ten . They understood that dance music needed to be presented live and armed with banks of TV screens, a dreadlocked bassist pushed front and centre, a drummer and bags of energy they pulled it off.

Bizarre Inc were from Stafford and in 1991 had a hit with the brilliant Playing With Knives. By September they were back in the big sellers and back on Top Of The Pops with Such A Good Feeling. More TV screens, dancers dancing on top of banks of TV screens, full on pilled up chart music, piano house and techno from the north Midlands, a place where the clubs were full every weekend.

I don't have What Can You Do For Me? in mp3 form, despite its speaker shaking brilliance, but here's Playing With Knives, rave hoover bass, kick drums and the instruction 'just dance and move your body'.

Less frenetic but just as much a child of the acid house revolution was Zoe's dreamy, optimistic, Balearic pop, Sunshine On A Rainy Day (the metal guitarist, all frilly shirt and long hair is well Balearic). It reached number four in the charts and sold enough to be the eighteenth best selling single of the year.

It's easy to sneer at Top Of The Pops and the charts but in the late 80s and early 90s it felt like change was taking place and the previously comfortable environs of the BBC, all 80s pop and megastars, were being invaded by a bunch of outsiders making music in their bedrooms and feeding it into the culture through the clubs and radio stations, blaring out of cars late at night and bedroom windows. Big selling music isn't necessarily better or worse than underground music but the charts of September 1991 looked like a complete shift, a sea change was taking place (and that's without even mentioning the guitar bands that had discovered the Funky Drummer and remixes at the same time). In some ways the 90s was born here.

Yes, watching these repeats too and whilst a very mixed bag there are some great moments which seem so optimistic and fresh. I enjoyed 'Sunshine On A Rainy Day' just as much this time around as I did then (which is a lot). And that frilly-shirted metal guitarist with Zoe is Paul Inder - son of Lemmy!

I bought the Oceanic 12" and the Zoe 7", as well as the Utah Saints album. I saw the Utahs live too - a really good live act. All this from someone who doesn't really like dance music...

This era spelled the end of TOTP though didn't it? Nothing wrong with the music, after all the show was always exactly what it said on the tin. But models brought in for TV, who didn't sing on the track, fronting a couple of blokes prodding machinery, didn't really make for unforgettable TV. Shame, because the show had many classic pop moments throughout its history. Don't think we'll see its like again either...

C- Sunshine is great, never gets old or loses its appeal. And I didn't know the guitarist is the son of Lemmy which just makes it better.

Nick- yep, maybe- but the clips here show that done right dance music could be just as visual and work in the TOTP studio as rock or pop. Maybe people just became less imaginative as the decade wore on. Or maybe acts like Utah Saints and Bizarre Inc were actually from the scene and cared, were fired up by it all and later acts weren't. Dunno. But def agree that we won't see it's like again. Done and dusted I think.

If you hadn't posted this on Wednesday, you could have almost have been sat in my living room last night as I caught up on a few repeats of 1991 TOTPs. I was thinking along very similar lines, about how there was a very definite tipping point at which dance music infiltrated the charts in a big way over the course of a few short months in 1991.

And apparently made it acceptable to wear leather trousers over a swimsuit....!?!?!

Regarding Nick L's comment, the KLF's performances on TOTP proved that dance music on TV didn't have to be a bunch of boring looking blokes stood behind a bank of technology.

Zoe's attire was much remarked upon at the time and at the repeats. She pulls it off with aplomb.