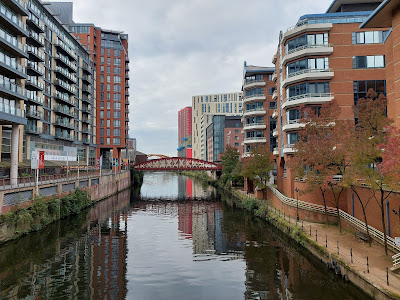 It takes a special kind of genius to cover a song and completely reinterpret it and produce a version that is the equal of the original. In 1998 Luke Haines' post- Auteurs group Black Box Recorder achieved this with their cover of Althea and Donna's 1978 classic Uptown Top Ranking. Haines along with former Mary Chain and Expressway man John Moore and singer Sarah Nixey approached Uptown Top Ranking on their album England Made Me, the usual Haines mix of sardonic songs, shocking/ funny lines/ song titles and a take on modern life inspired by the 1970s. Songs on the album included Girl Singing In The Wreckage and Kidnapping An Heiress, typically Luke Haines song titles. Uptown Top Ranking was one of those one off hits of the 70s, a massive playground song as well as being genuine roots reggae from two Jamaican teenagers and a legendary producer (Joe Gibbs). Slipping a cover of it onto an album called England Made Me is as Luke Haines as it gets.

Haines and Moore created a mechanical, strictly non- reggae backing track, stripped of feeling and off beat rhythms, led by a horn blast and an occasional piano melody line. Over this they got Sarah Nixey to recite the words. According to Luke she didn't know the song and they wrote the words out in Jamaican patois, phonetically. To add to the performance Nixey had a hangover. The vocals are so detached and devoid of life, so completely glassy eyed that they almost become meaningless, the absolute opposite the total celebration of youth and being young in the original. But Sarah's deadpan delivery of the lines works, lines such as 'see me in me heels an' ting', 'see me in me 'alter back', 'love is all I bring in me khaki suit an' ting' and 'gimme little bass make me wine up me waist' transformed by a haughty English accent looking down her nose at you as she sings them.

The original version with Joe Gibbs at the controls had Althea and Donna, seventeen and eighteen years old, ad- libbing Trinity's Three Piece Suit over a 1967 Alton Ellis song, I'm Still In Love. Although Gibbs saw it as a bit of a joke, there's no doubting the authenticity Althea and Donna bring to their vocals and performance. 'Nah pop no style, we strictly roots'.

It’s similar to the Flying Lizards ’Money’, could be a performance art piece

It's funny you should say that Lee, it was a comparison I made too and if I had Money on my hard drive (which I didn't) when I wrote it, I'd have put it in the post too.

Black Box Recorder never, ever, disappointed me. Uptown Top Ranking stands as one of my all time favorite cover song. Sarah Nixey is the embodiment of a day after dominatrix, smoking the last cigarette moving from bed to armchair to sofa...sorry just a picture it paints for me.
When England Made Me came out, I remember thinking, this is the darker side of the same world Saint Etienne inhabited. Where Saint Etienne reflected a world still buzzing from Summer Raves and youthful beginnings, Black Box Recorder was shoving their way down Oxford Street and trying to make enough for the monthly rent. They remain a Pop Music Yin and Yang for me.

I stole my sister's 7" single of Money, I loved the b-side. It was an excellent dub version. Wish I still had it, I'll have to try and get a copy.