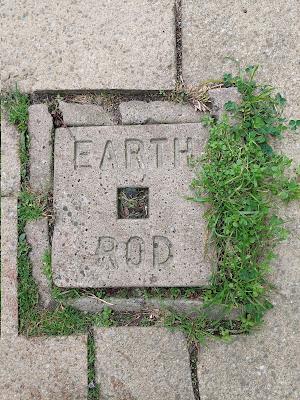 Felt's ten singles and ten albums recorded in the 1980s are one of the independent scene's great treasure troves and their 1987 compilation album Gold Mine Trash is a brilliant introduction/ primer/ celebration rounding up their most sparkling songs- Primitive Painters, Sunlight Bathed The Golden Glow and Penelope Tree are three of defining songs from that entire indie world.

On Vasco Da Gama guitarist Maurice Deebank shows why he was one of the most under- appreciated guitarists of the period, his extended playing spiralling round and on. Deebank is heavily influenced by Tom Verlaine I should think (and has definitely heard Marquee Moon) but in a scene that celebrated amateurism and shambolic bands- and rightly so, it was what it was all about- his playing stands out a mile. It's not a solo, there's nothing so 'rockist' about it, it's more at the Vini Reilly end of guitar heroics. Meanwhile Lawrence sings of villainy, despair, honesty, searches and blame.

Vasco Da Gama was a 15th century Portuguese explorer, the first European to reach India by sea. His actions and use of violence are widely documented and make for shocking reading all these centuries later. He opened the door for western colonialism in Asia and globally. That's quite a legacy.

Vasco Da Gama is also an area of Rio de Janeiro. The sporting club based there was founded by Portuguese immigrants and includes the legendary Vasco da Gama football team, who began in the 1920s as one that was racially diverse, cocking a snook to the elites in Brazilian football who didn't want black or mixed race players in their league. They refused to comply with a ban and led to the formation of a racially mixed league and became the first team to win the league with black players.  That's quite a legacy too.

Felt were a great band. They should have made more of a lasting impact.

Your history of Vasco Da Gama was revealing.

Vasco da Gama was born in Sines, a town that is host to a World Music Festival

....and you'd never guess what the main beach in Sines is called!

I loved the concept of ten albums in ten years but apparently Lawrence had to rush the last one through somewhat, although it is one of their best, paving the way for the brilliant "Back In Denim" project.
Never knew that about the Vasco football team, great story.

Vasco de Gama was just one of many Portuguese Explorers of the 15th Century but the first to get much beyond the Southern Tip of Africa. Once the collapse of Muslim Spain was complete (in 1492 - the year Columbus discovered what he thought was Japan - in fact Cuba - en route West to find India!) Europe was left with a Muslim Caliphate Trade Blockade which stretched from Morocco round the North African Coast through Egypt, Jordan, Syria, Turkey to Bulgaria. There was no trade route for goods such as Spices, Silk and Jewellery to get through to Europe without massive taxation from the Muslim Caliphate. Sea routes East around the bottom of Africa had been made as far as the Cape of Storms by Bartholomew Diaz. Prince Henry of Portugal had set up the Naval School at Sagres which pioneered map-making, ship building and the teaching of navigation and seacraft with a view to finding new trade routes to beat the blockade. Vasco De Gama was guided from Kenya over to Calcutta by the famous Arab navigator/ pirate/ slaver/ trader Ibn Majid. Kenya was at war with other Muslim States on the African East Coast - an area rife with warring Arab Pirates and Slavers. Vasco De Gama was simply the first european pirate trader in an Indian Ocean full of Arab Pirate traders. The Muslim Caliphates Blockade continued to control the routes out of China and India over land and sea, whether by the Silk Road or by the pirate ridden no-go area of the Indian Ocean and the Seas around the Gulf for centuries more. Once Columbus and his discoveries got back in 1492, Spain and Portugal concentrated on extraction of wealth from the new lands in the West (The Americas) for the next few centuries as did the rest of Europe. When De Gama got back from India in 1498 the game was over. The Muslim Caliphate and Arab Pirates and Slavers still held sway on the Silk Road and Indian Ocean for another few hundred years. European Traders simply paid taxes and levies at ports on the East African Coast for free travel. The Roman Empire had also established trading bases in India and had goods imported from along the Silk Road 1,200 year before De Gama. Rome had emissaries to the Emperor of China. Rome had Moroccan Cohorts manning the Western End of the Antonine Wall from the forsts at Bearsden to Old Kilpatrick, we have dug up their cooking Tagines and remains of their figs and spice seeds. That is also quite a legacy! Now we have delicious Indian Spiced Foods available on every High Street - perhaps the most important legacy of al! Yum!

I remember briefly covering Vasco Da Gama and contemporary explorers in History lessons at secondary school, which at the time pretty much skipped over the atrocities that were committed in the name of "discovery".