Half An Hour Of Spacemen 3 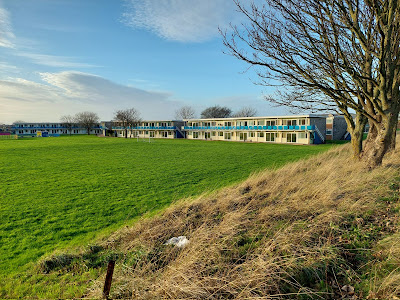 Pontins at Prestatyn, North Wales, has hosted all sorts of weekenders over the years from soul weekenders in the 80s to Northern Soul and Motown revival nights to an 80s weekender taking place there this very weekend, featuring in no particular order Chesney Hawkes, Black Lace, Aswad and Sonia (poor Aswad, how did they get mixed up in that?). To the best of my knowledge Spacemen 3 never played Pontins in Prestatyn but they did play a health spa in not too distant Chester in the late 80s with spectacular results (an event described in bassist Will Carruthers' book, Playing Bass With Three Left Hands), an evening where a group more familiar with opiates were introduced to ecstasy for the first time and played one of their best gigs.

This Sunday half hour mix takes in Spacemen 3's dreamier, spacier, more ecstatic songs, less of the supercharged Stooges influenced sound and more of the 'lie back and think of Rugby' grooves, selected from their three albums- 1987's The Perfect Prescription, 1989's Playing With Fire and the final album 1991's Recurring (released after they'd split with Sonic Boom and J Spaceman unable to work together in the studio and taking a side of the album each), plus a lovely recent re- edit by Jesse Fahnestock's 10:40.

Half An Hour Minutes Of Spacemen 3

Great selection. You can't go wrong with any compilation of Spacemen 3 songs

Yep, you're right Walter- any selection of their songs would work.

Chesney Hawkes, Black Lace, Aswad and Sonia sounds like a... bloody dreadful night out, to be honest. And I can stomach a lot from the 80s.

Oh my this is rather good.