What Do The Stars Say To You 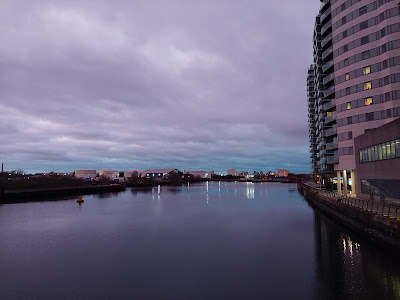 The new album by Chicago house and techno legend Ron Trent, What Do The Stars Say To You, is causing a bit of a stir and rightly so- it's a repeat play, engaging, innovative and enchanting record, one that already feels timeless. Across the album's ten tracks (fifteen on CD) Ron Trent uses the studio, electronics and a range of live instruments with a slew of guests and collaborators. Every track is stunning- the production is sumptuous, the synths, instruments and drums perfectly mixed. Taken together, it's a fluid, grown up, richly musical album that has space to breathe and a general sense of wellbeing, that when it's playing, things are ok.

On an album where every track could be a favourite here's a handful of highlights. Admira, recorded with ambient/ Balearic artist Gigi Masin, starts out slow with drums and cymbals and is suddenly interrupted by discordant synths and a noodly leadline. Gradually it builds, layers of sounds gliding in silkily, hand drums pattering away, toplines picking out melodies from somewhere. By the five minute mark it's weightless, floating off and away.

On Sphere, created with French violinist Jean- Luc Ponty, the sheer warmth of the production and the dazzling melody lines (violin and synth) hark back to the 80s but also make something that feels very now. It's got jazz and house in its grooves but also something of a smoothed out version of early 80s New York avant noise.

It's followed by WARM, a sultry, softly padding piece of music with keyboards and guitars going off at different points and an undulating bassline. Nothing stays the same for long and it's all so fresh and lively, endlessly finding new ways to repeat itself.

The album is full of contributions from others. As well as Ponty and Gigi Masin, there are tracks with Venecia, Brazilian duo Azymuth, Lars Bartkuhn and recent Glastonbury smash hits Khruangbin, and a host of 70s and 80s influences- Tangerine Dream, Herb Alpert, Jan Hammer, Grace Jones, Vangelis, Prince, early Kraftwerk and Dinosaur L all get mentioned by Trent. On Flos Potentia (Sugar, Cotton, Tobacco) Trent and Khruangbin kick up an Afrobeat storm, propulsive grooves and euphoric chords.

Back in 1990 Ron released Altered States, a definitive piece of US techno, thirteen and a half minutes of kick drums, synth strings, basslines, hi hats and raw but gliding, futuristic techno. He has recorded and released hundreds of records since, a back catalogue deep and wide, but Altered States remains untouchable.

Insert picture of me standing on a desert island waving as the rest of the community drifts away, soundtracked by music from the reception at a dental surgery. I suppose the exception must eventually arrive to prove the rule, but I am semi-regularly baffled by the Acid House Embrace granted to this soft-focus, please-hold-the-line, turqouise-shorts-and-mild-nausea anti-jazz. For my money my wife gave the best assessment of this crap when she remarked, responding to some late-period Daft Punk pinkstrosity, "This sounds like the music from Magnum, P.I. Not the theme song, but the music they play when he's driving around the island." I'm sure Ron Trent's a legend, but music is supposed to make you feel something other than homicidal.

I'd say I was channeling Luke Una there but I'm reasonably certain he loves this record.

Ha ha. Excellent stuff Jesse. I know what you mean and I think with Balearic and ambient there's always a point where a line is crossed and you enter New Age/ Magnum PI territory. For me, thats not this album- but I agree with your wife about late period Daft Punk. .