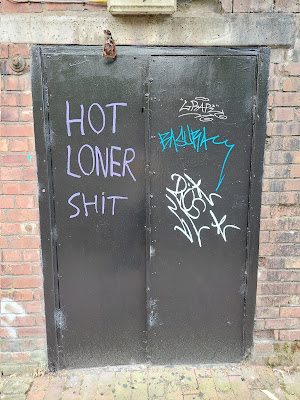 Today's Saturday theme is one of the great Theme records, a song which turned spring 1988 upside down- a joyous, ecstatic, sampledelic splash of neon colours, smiley face, acid house crossover mayhem. A song guaranteed to fill a dancefloor, at any occasion, still. Theme From S'Express is one of the best records of the 80s and if I was forced to put together a list of my favourite fifty singles (or something similar) it would undoubtedly feature highly.

Mark Moore and Pascal Gabriel constructed the track largely out of samples. Moore was a DJ, Gabriel a producer (who had recently co- written Bomb The Bass' hit Beat Dis, another sample- heavy smash in both the clubs and the charts). Moore turned up with a bag of records, they sequenced the parts they wanted onto cassette and turned everything up to ten.

A few years ago at his A History Of Dubious Taste blog Jez pulled together the songs that provided Mark Moore with his source material which is where I got most of the mp3s I've used for what follows. I've attempted to sequenced the songs that S'Express sampled for Theme From S'Express into one continuous mix- it was a bit of a challenge, getting the sequence and the segues somewhere near right. It starts and finishes with some spoken word science fiction, goes all disco and New York, borrows from acts as diverse as Sam The Sham and Gil Scott Heron, some early 80s synthpop and the genuinely jaw dropping, X rated Tales Of Taboo by Karen Finley, a song that once heard is never forgotten.

Genius, Adam. Looking forward to listening to this.

For me the track has an harsh tinniness that keeps it penned in as merely emblematic of the time, and not a timeless banger. Compare for example Voodoo Ray, which still sounds alive.

Yep, Voodoo Ray is the pinnacle of British dance music. Otherworldly and unique.