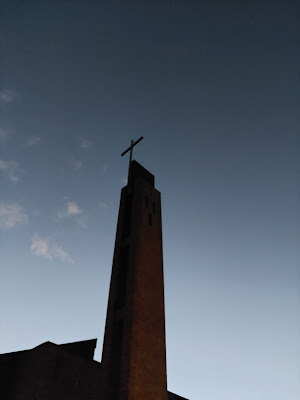 In 1996 Carl Craig (dressed up as Paperclip People) released one of the best albums of the 1990s, The Secret Tapes Of Dr. Eich, twelve thunderous, funky, driving and intense slices of house/ techno from Detroit. That may put some people off and it shouldn't- there's nothing inaccessible about the album. Tucked away on side three, coming after the slipping and sliding magnificence of Throw, is Steam.

Steam is built around rhythms and sounds that would have been at home on an early 80s dancefloor in Sheffield or West Berlin (it's partly based on a sample from Steam Away by early 80s post- punk group The Flying Lizards, to be found on their 1981 album Fourth Wall, a record which travelled a long way to get to 90s Detroit). There's some underground industrial funk, tough drums and looped sounds, all retooled for the mid- 90s. The keyboard part that comes in is straight out of 70s Detroit, soul and funk. The Secret Tapes Of Dr. Eich was remastered in 2012 and still sounded utterly contemporary. It's all effortlessly brilliant.

Yes this is a classic. I say this with the hindsight of hearing it for the first time today! I hear it on this glorious day, the 7th july 2022, that marks the political demise of Boris "Bullshitter" Johnson!
-SRC

Worth celebrating SRC. But in a way I just feel relieved.