Do You Hear Voices? 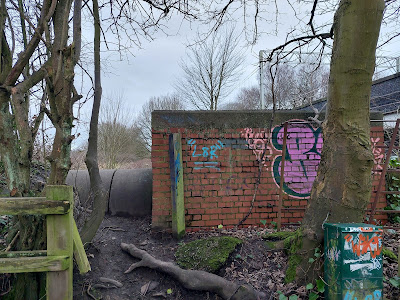 After their summer highlight Jezebellearic- nine minutes of warm sounds, waves lapping on the shore and the voice of Ibizan DJ Alfredo- Jezebell have returned for autumn with some electro, cunningly renamed as Jezebellectro. The title track, Jezebell Spirit, is six minute long tour de force, funky as a mosquito's tweeter, pummelling dancefloor electro, recasting a familiar song into new shapes. You can get the EP complete with another track Dumbell and a pair of remixes at Bandcamp.

You'll probably recognise the source- underneath the pumping drums, rattling snare and fizzing synth lines is a Brian Eno and David Byrne ground breaker from 1981, polyrhythmic Afro- beats and the disturbing found voice of a TV preacher performing an exorcism. I bought My Life In The Bush Of Ghosts back in 1987 and it's an album that still holds a huge amount of power, the layers of electronics, sampled voices and drums and rhythms borrowed from African and Middle Eastern cultures. They encountered a certain amount of legal action at the time and since and have recently been accused of cultural appropriation but it remains a staggering, forward thinking, pioneering record.

So right Adam 'Bush of ghosts' is a cross cultural masterpiece. Their 'Jezebel spirit' an intense incantation. They need an exorcism in Moscow. 'Come out devil' !
-SRC