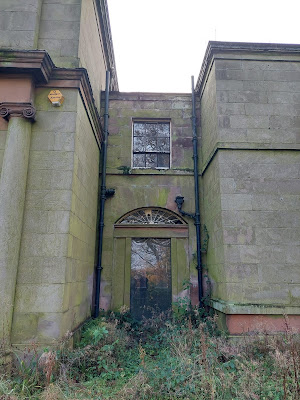 I've been going back through some of this year's albums and playing them again. Spiritualized's Everything Was Beautiful is one of them, the second part of Jason's double offering to go with 2018's And Nothing Hurt. Both still sound like a real return to form, the guitars, horns and rhythms all exactly as they should be and Jason's spaceman voice more wracked than ever. Today's mix is a bunch of Spiritualized songs and remixes, not quite chosen randomly from my hard rive but definitely not intended as a best of, more of a set of songs that flow together. The back catalogue is so deep and wide that I have a feeling I could compile multiple Spiritualized mixes and not get near a definitive one- so it is just what it is, a set of songs that sound good together.

Goldfrapp v Spiritualized was one of the B-sides from a Goldfrapp CD single, Happiness, in 2008.
The Chemical Brothers remix of I Think I'm In Love came out in 1997, one of the Ladies And Gentlemen, We Are Floating In Space singles. Spiritualized Live At The Royal Albert Hall is from the same year, a full on space rock extravaganza
The Mainline Song is from this year's Everything Is Beautiful.
Jason's remix of the Cut Copy song came out in 2013, with a new vocal from Jason and guitars, organ, noise and repetition combining to produce what is essentially a new Spiritualized song.
The remix of LFO, nine minutes of soundwaves, drones and oscillating ambient techno bliss is from 1994.
The unreleased original mix of the title track of Ladies and Gentlemen... dates from 1997 and fell foul of the Elvis Presley estate who didn't like the borrowing of a line from Can't Help Falling In Love With You. More fool them.

Really can't believe I'd never heard that Goldfrapp collaboration. Just as good as I might have imagined, which I didn't!

Beautiful. The remixes of Goldfrapp and LFO have long been favourites but the Cut Copy rework was new to me. Bloody lovely all round, thank you!

This is an astonishingly good forty minutes if music
Swc.