I Stand Up Next To A Mountain 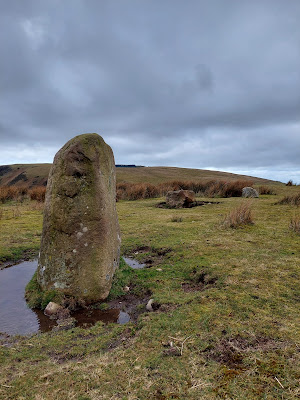 Had he lived long enough Jimi Hendrix would have turned eighty last weekend. There were some documentaries on, one of which focussed on Jimi's involvement in a film called Rainbow Bridge. The film eventually came out in 1971, directed by Chuck Wein who had a vision of a new kind of film, scriptless and improvised with non- actors all drawn from Hawaii's countercultural youth community. Wein had produced three of Andy Warhol's films so was no stranger to films with no plot or script. As the money ran out and various investors got jittery someone talked Jimi into appearing, convinced that concert footage of Hendrix might rescue the project. Hendrix plays in a field on the side of a mountain on the island of Maui, on the edge of an active volcano- Haleakala- in front of a few hundred people. The cast had earlier on chanted 'Om' for a few minutes and there was something about the frequencies that the volcano was emitting. Hendrix, with his Cry Of Love band, play on a scaffold with wind blowing across the stage. The film ended up only using a few minutes of Hendrix and no songs in their entirety which when you watch the lost/ now re-found footage is absurd. This turned out to be the penultimate Hendrix live appearance- he died in September 1970.

Jimi is clearly at the peak of his powers at Maui, a man moving fast and in total control. Looking at the set up- microphones wrapped in foam to dampen the sound of the wind, a small crowd, a flimsy looking stage- it's a wonder anything good came out of it. This though, Voodoo Chile (Slight Return), is the best thing you'll see today. One guitar, two pedals (a wah- wah and a fuzzbox), a Marshall stack and the accompaniment of Mitch Michell and Billy Cox (Mitch said in the documentary that musically they just followed Hendrix). Hendrix looks as cool as fuck too- headband, open necked black shirt with hippy trim down the sleeves, flared jeans and boots. A few groovy souls get up and dance but much of the crowd just sit and stare as Jimi works his way through the song, firing laser beams out from the fretboard, dive bombing runs, crunching riffs and spiralling solo parts. I'm not generally given to guitar heroism but this is worth every single bit. Cox's bass playing anchors it and Mitchell's drumming is superb too but it's all about Jimi.

Due to the wind, Mitchell had to re- record his drums in New York a year later as the film reached release but Hendrix's parts are as filmed on that day, 30th July 1970, on a hillside in Maui.

The studio version from Electric Ladyland isn't too shabby either- one of those songs that was part of the soundtrack of 1989 as well as 1969. The final verse, 'If I don't meet you in this world/ Then I'll meet you in the next one/ Don't be late', nails things too.

I watched a bit of the same doc. As you say, he is on awesome form here, untouchable. How most of the crowd could just sit, unmoving, through this is frankly incomprehensible.

I know Martin, I thought the same. Some of them seem to be looking in a sort of slack jawed wonder but some are just... sitting, like this kind of thing happens every day