What The Thunder Said 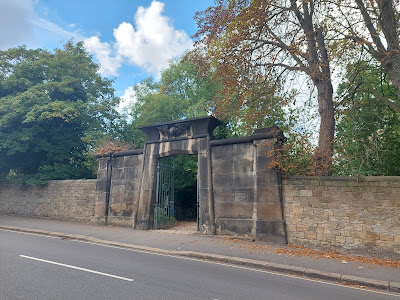 In October 2021 I wrote about The Broken Cradle, an artist from North Carolina who makes emotive, affecting, meditative ambient/ neo- classical music. Since last year's album Post- Mortal, The Broken Cradle's Eric McLean has been working on a new one, The Burial Of The Dead, inspired by T.S. Eliot's The Wasteland, a poem that in its four hundred and thirty four lines takes in the themes big poetry does- life and death, the changing of the seasons and everything in between, beginning with the famous line about how 'April is the cruelest month'.

The album's tracks, all named after sections of the poem, combine found sounds (waves lapping on the shore, the sounds of voices in the distance), reverb laden piano, crackles and static, swelling drones, strings and synths. It's a fully realised piece of work, for Eric a prayer and a message to the future he hopes his children will have, because 'time', he says, 'is all we have'.

You can listen to some of it at Bandcamp- the full album comes out on Friday. A year ago I posted this track, Eulogy, from Post- Mortal four minutes of reflections on mortality.