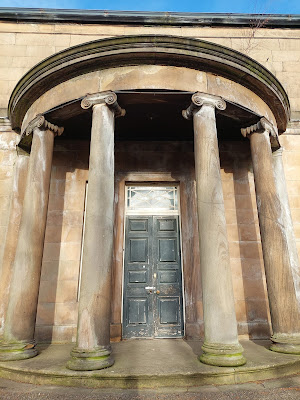 I had more new music lined up for today but I'll push it back into next week after last night's commute and the surprise that shuffle sprung up for me driving home in the dark and some snow flurries. This week has been difficult, the hangover of all the anniversaries and reminders of Isaac's birthday and death during November taking their toll, work adding to it all and the general lethargy and tiredness that sets in during winter all adding up. As I drove home this song came on, one I haven't heard for some time.

The effect it had on me was huge, filling the car with the wall of sound and giving me a shot of something. I was lost in it for the ten minutes it played. Olympians is by the duo Fuck Buttons, a track from their second album Tarot Sport, released back in 2009 and produced by Andrew Weatherall at his Scrutton Street studio in East London. The whole album is a riot of layers of sound, crunching rhythms, glass shattering pinpoint toplines and waves of joyous and ecstatic noise. Olympians is all of that and more. It's a trip, a musical experience, one of those tracks that makes musical description feel a bit redundant- you have to listen to it, be immersed in it.

Fuck Buttons music was created in two suitcases, Ben Power and Andrew Hung creating their layers of hardcore ambient/ drone/ industrial/ psychedelic/ noise via FX pedals, synths, toy instruments and home made bits and bobs. Weatherall produced the album adding some sonic depth to their sound and beefing up the rhythms. He said in an interview that working on it for nine hours a day was akin to doing hard physical labour.

Famously Danny Boyle selected it as one of the songs for the London 2012 Olympic Games opening ceremony and what a truly odd and uplifting experience it was to sit watching that and hear the music of Fuck Buttons come through the TV as the athletes paraded round the stadium. The opening ceremony has become mythologised in recent times as the last gasp of a better, more inclusive, warmer, friendlier, pre- Brexit. The world of 2009 when Tarot Sport came out and the London games of summer 2012, over ten years ago now, do both seem in many ways like a different one to the one we have now.

Maybe best to stick to what's what and in front of us- a Friday in early December, cold and dark with the Christmas holiday too far away to be touchable. Better to press play on Olympians and let Fuck Buttons engulf you for ten minutes of glorious escapism.

A great track and a great album, I'll be listening to that later on.

This is one of those pieces of music that I've read so much about without ever taking the time to seek it out and give it a listen. Until now, that is. It's decent.........