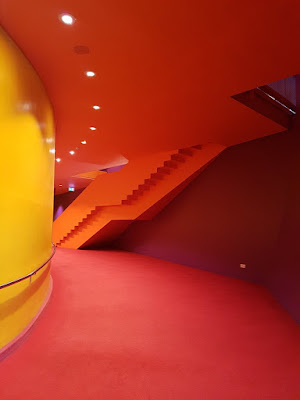 It's the vernal equinox today, the first day of spring. From this point the days get longer and the nights shorter, winter's slushy greys being replaced with colour and warmth. Hallelujah.

Bicep celebrated spring on their 2017 debut album, an upbeat tune with a snappy breakbeat, piano and a haunting vocal sample.

In 1990 St Etienne's debut album also had a spring song, a sublime marriage of 60s lounge, jazzy vibes and a late 80s house rhythm. In 2009 Richard X reworked all of Foxbase Alpha, adding slightly here and there to bring it up to date. I've got to say, I don't prefer it to Foxbase Alpha, an album that stands on its own two feet just fine, but on its own terms Foxbase Beta works well enough.

Interestingly, or just coincidentally, both band's springs are track six on their respective albums.
Posted by Swiss Adam at 08:00