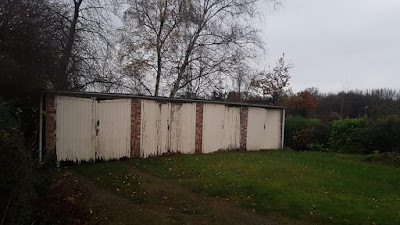 One half of Two Lone Swordsmen and a solo artist in his own right Keith Tenniswood records as Radioactive Man, the name borrowed from Springfield's most famous family. His debut self titled album came out on Rotters Golf Club back in 2001- I'm amazed that this record is nearly two decades old, I bought it close to when it was released, and I can't fathom how it was nineteen years ago. Radioactive Man, the album, takes it's cues from Detroit and from Dusseldorf. Tough kick drums and snares, subsonic bass, Kraftwerkian melodies on top, long synth notes and the energy of Britain's underground club scene. It's an album that sounds huge on a booming club system but that also works well in a car driving round in the night. Opener The Mezz is unsettling, a Geiger counter and a drum machine and some ominous synths. Closing track Uranium is a voice talking about elements, some metallic noise and a feeling of surfacing after being underwater. In the middle of the album is four minutes of beauty- some looped, rippling melodies ending with a burst of skronky noise. Goodnight Morton is a tribute to Keith's beloved dog, named after the infamous Castlemorton free festival rave of 1992 that sent panic tearing through the UK government and Middle England, panic that resulted in legislation being passed to make it illegal to play music outdoors that is "sounds wholly or predominantly characterised by the emission of a succession of repetitive beats".

Lovely. I could've done with that being a lot longer.

Yep, it could happily go on for a few more minutes

Lovely music. I got the Dive And Lie Wrecked EP but oddly enough not the Radioactive Man album. My loss, if this is anything to go by.