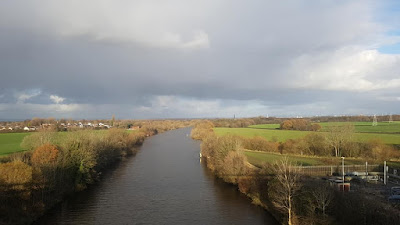 In 1984 Rick Cuevas released an album called Symbolism, a self- released private pressing. There's a copy on Discogs priced at £133.23 if you're interested.  Rick's background was in AOR/ soft rock, and he had past history in Zru Vogue (early 80s post- punk, avant- pop from Palo Alto California) and Science Patrol (no idea). He self released another album in 1994 and a couple of singles and that's about as much as I know. This song came my way in the summer- trippy guitar, a drum machine and a laid back vocal, more lovely ringing guitar parts and then halfway through a synth solo where the song soars even higher. There's something incredibly unaffected about the song, even with all the FX and the synth, a song capable of lifting you for a few minutes out of your surroundings.

Yes Adam I first heard this on one of your great Isolation mixes. Raises soft rock into transformative art. What a gem.
-SRC

I'd never heard of Rick Cuevas until you used the song on your isolation mix. I was quite affected by the lovely segue into Durutti Column on the mix, but the influence is still strong in the (forgive the pun) isolated track. Great choice. And the album's bumped up by 70p on Discogs. I think I might for the January sales...