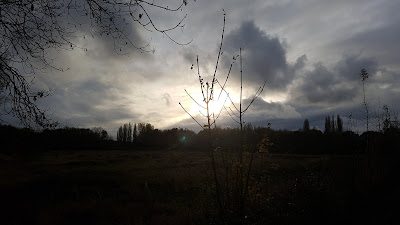 In many ways the Trump presidency should have stopped before it even began, it should have been halted dead in its tracks when he mimicked and mocked a disabled reporter, Serge Kovaleski, back in November 2015. Any sane world would have demanded his withdrawal from the process right there, a man clearly unfit to run for public office, and it's to the eternal shame of his backers, his family, the Republican Party and anyone who voted for him that he sailed past this point.

Since then he has dragged the office of the President of the USA to ever lower lows. His lies are ever present, over 22, 000 falsehoods and lies uttered as President identified by fact checkers. His racist dog- whistles and outright refusal to condemn white supremacist groups. His public praise for violent right wing militias and encouragement of them overthrow Democratic state governors. His appointment of family members to top jobs, the shameless nepotism of a mob boss. His determination to rip up democratic norms and conventions, the checks and balances upon which the entire system rests. His long running campaign to discredit people like Anthony Fauci, actual experts within their field. The laying the groundwork throughout this year for challenging a defeat at the ballot box by telling his supporters that postal voting is fraudulent, that Democrats will rig the election and that he may refuse to handover the reins of power even if he is soundly defeated. His approach to Coronavirus which has led directly to the deaths of over 200, 000 Americans to date. His posturing outside the Church of the Presidents holding an upside down bible, during the worst civil unrest for decades. His refusal to take questions from female reporters. His racist approach to Central American politics. It goes on and on and on...

And it matters to us in the UK because like it or not the US is the central player in global politics and how things work. What happens in the USA affects us over here- and the general, widespread debasement of public life affects us all too. I read an article recently that described discussions among commentators and historians about whether Trump is a fascist. He shares many of the characteristics of fascist dictators (the fact that he hasn't invaded anywhere or committed acts of genocide don't necessarily rule him out). One of the descriptions of him was a 'post- fascist populist'. The funny thing about all populist leaders, and Trump especially, is that they actually despise the people they claim to speak for. Trump would rather admit the true size of the small crowds at his inauguration in January 2017 than spend any time with the poor saps in MAGA caps at his rallies. He left thousands of them standing in the freezing cold after a rally recently. He encourages them to refuse to wear face masks, a policy that has led to tens of thousands of infections among his supporters, people who are collateral damage in the Trump re- election campaign, a man with so fragile an ego that killing his own people is preferable to losing.

I've no idea what will happen today and tonight. There have been all sorts of forecasts, a narrow Biden win, a big Biden win, a Trump resurgence. It looks like a Trump tactic may be to declare victory at some point during the night, regardless of the count and see if the media go with it, an actual anti- democratic power grab. Are we still squeamish about using the word fascist? He has said that he will contest any result in the courts, and has rushed through an appointment to the Supreme Court to enable this. It looks like any kind of Biden win will lead to Trump having to be prised out of the White House, the US political system and Constitution creaking at the sides as legal crowbars are applied to jemmy the bastard out.

He has to go. He has to be defeated. For fuck's sake America, please, get it done.

Back in June Public Enemy returned with a new single, the righteous fury of non- Trump America diffused into one three minute song, a song that opens with Chuck D declaring 'whatever it takes, rid this dictator...' and builds to the chorus, 'State of the Union/ Shut the fuck up/ Sorry ass motherfucker/ Stay away from me'

Public Enemy also updated their 1989 single Fight The Power for 2020, bringing Nas, Rhapsody, Black Thought, Jahi, YG and QuestLove on board, a song is still as relevant as the day it was written.

Unfortunately I feel that he is going nowhere. I hope to hell that I am proved wrong but

I’ve got the booze in

Please let him be gone. I've spent time in America and it's a wonderful place with some wonderful inspiring people in it. Aspects of their culture are simply awe-inspiring and have had world wide cultural influence. How did they get it so wrong in 2016? Please America, do the right thing this time. He has to go and the world needs to move on. The same as we do from Johnson and his corrupt cronies. We can no longer sneer at America, because we voted in this shower of conmen.

1) Do people really think that anything Trump has done is objectively worse than Bush's invasion of Iraq? Serious question.

2) Despite all the talk of his pro-white racism, Trump will get a larger share of all shades of nonwhite votes than he did last time, possibly larger than any R candidate for generations. Few people have any idea what the real racial situation in the USA is.

Relax guys. It's a shoe in, Trump is finished. There is no way he can beat Biden on such a huge voter turnout. I'll eat all my Sun Ra records if I'm wrong!
-SRC

Swanditch- I don't know if what he's done is worse than the invasion of Iraq, not sure how to compare the 2. I do think he has been a disaster in multiple ways. His foreign policy is maybe the only area that hasn't been a car crash- althogh his meetings with Kim looked absurd at the time and moreso now. both men thinking they were playing the other and both thinking they were getting a deal. He gave Kim some legitimacy by meeting him as well, and Kim is a murderous dictator, exactly the kind of leader Trump seems to admire.

I do think it's strange how Bush seems to get off the Iraq invasion. Blair is culpable over here. I don't know how the Americans view GWB and it but GWB seems to get a pass on it. Maybe the average American doesn't see what happened after the invasion as a catastrophe. If so, they should watch the 5 part series on earlier this year.

The racial situation with POVC voting for Trump is an odd one. Let's wait and see what the stats for 2020 are in a few days.

POC not POVC.
Foreign policy it now occurs to.me includes pulling troops out of Iraq and Syria suddenly and declaring Jerusalem capital, threatening to nuke North Korea and pulling out of the Paris climate change accords so maybe not as uncatastrophic as I first said

Pulling troops out of Iraq and Syria a mistake? I guess I'm too old school antiwar to even understand that perspective.

Your point about Bush is an important one. Not only has he been completely rehabilitated (look up pictures of Michelle Obama hugging him for a fun example), but not a single person who promoted or prosecuted that criminal invasion has suffered the slightest consequence, and many are still in influential positions in politics and media - despite the war being seen by average people as being an interminable bloody shambles that is long overdue to be ended.

This instance of blatant lack of accountability for elite failure is just one example in a long list - 2008 crash, healthcare, outsourcing, opioids, I could go on - that add up to a looming crisis of legitimacy for American elites. People's confidence in the ability of their "betters" to steer the ship wisely is haemorrhaging rapidly. This lack of elite legitimacy is a large part of what made the 2016 result possible, and it is the real underlying problem in the country, which Trump is only masking temporarily. Once he's gone, this problem will still need to be solved. It will not be solved easily.


There's now enough election data out that you can see that my prediction of increased nonwhite votes for Trump was correct. As I said few understand the real racial situation here, European whites especially so.

I think what I meant but didn't articulate about the troop withdrawals was that it was the suddenness of the withdrawals that was the issue, that without regard for allies or the sudden destabilisation of a country, he made the decisions. It certainly looked in Syria like he made the decision without any care for what developed after US troops departed. It left the Russians in control which feeds into the narrative about Trump and Putin. Don't get me wrong, I don't think the western intervention was advised in the first place and the legacy in Iraq and elsewhere has bene catastrophic. I'm anti- war myself.

I agree with you completely about your 3rd paragraph and the lack of accountability. Trump's success and Trumpism is at least partly rooted in his outsider status, a non- politician.

He's a deeply ugly (in all ways) individual, for sure. But more concerning and, to me, ultimately more depressing, is the massive support he attracts in the US. That such a profoundly bigoted, amoral, misogynistic, ignorant and hateful narcissist should be so popular is a desperately sad reflection on humanity. And it's not just the US - Erdogan, Putin, Bolsonaro, Duterte, Jinping et al, all have substantial support in their countries notwithstanding their oppression, vote-rigging and other nefarious activities. And, frankly, I don't know what the answer is to that.