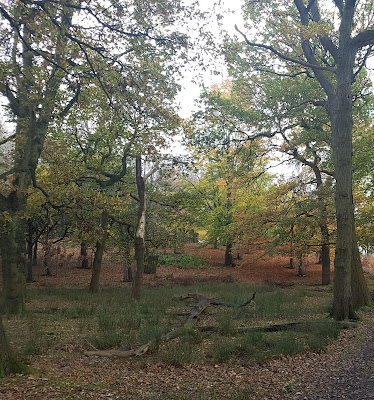 One of the peaks of Andrew Weatherall's productions and his work with Hugo Nicolson is this version of One Dove's White Love. In its Radio Mix state White Love is perfect, breathless, left field piano pop. In its ten minute sixteen seconds long Guitar Paradise version it's a boundless, endless work of imagination, with Phil Mossman's guitar part in the forefront and it showcases Andrew's ability to stretch a song out and find new places for it to go and new directions to send the listener in. From the opening guitar chord, all feedback, pedals and amplifier, and the sliced up pieces of Dot's vocal to the arrival of the drums a minute and a half in this is a trip. The crunchy, vivid guitar continues to weave its magic and Dot's full vocal is layered on top.

'You laugh, I smile
Mirrors in thought, these fortunes we can share
And where there is dark, there are ghosts
Who give me hope'

The bassline is an enormous dub inspired thing, bubbling away underneath. The trademark early 90s/ Sabres Of Paradise/ Screamadelica timbales make an appearance too. I remember buying the 12" single on release, in Oxford of all places, having come back from a summer spent catching trains and camping in France. We arrived back in England and were making our way back to Manchester by train. I can't remember all the details, maybe there was work on the railways, maybe we had to change trains, but I went into HMV in Oxford and there was White Love on the rack at the front of the singles department. I have no idea how having spent several weeks in France living on cheese, bread, cheap wine and even cheaper cigarettes, I had any money to buy a record but I bought it on the spot and cradled it all the way back home. The feeling I get from the sound of those guitars coming in and Dot's voice hasn't faded at all in the twenty seven years in between then and now.

It is a great single. Weatherall at his best but with such great starting material it would have been difficult not to have produced a gem

One of my favourites. Takes me back to a time, where, despite Screamadelica, Weatherall was still fairly obscure and Sbres were just starting to make waves. Getting into One Dove opened up a whole different chapter with his production and remixes. Definitely made me seek out more and open my mind to a lot of stuff that I wouldn't necessarily have discovered otherwise. Who knew that it would start a 27 year journey? Wish I could go back to the start and do it all again

I listened to the Guitar Paradise mix for a first time in a while and it sounded awesome, little wonder it ended up as the album version on Morning Dove White. The Slam mixes perhaps steal pole position for me simply because they were so jaw droppingly brilliant at the time (and still are). Like Drew said, it would be difficult to get it wrong with such a great song, as evidenced by the 'Lonesome Demo' on the CD single. Thanks, Adam.