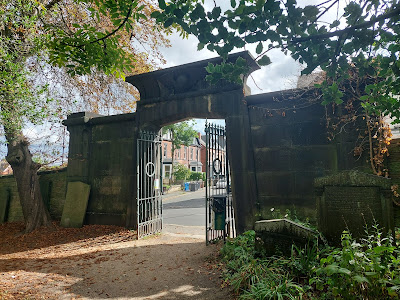 The Convenanza festival held at Carcasonne in south west France is in its third day today, the first festival since 2019 and the first since Andrew Weatherall died in February 2020. Convenanza started as an Andrew Weatherall and friends three day festival held inside the walls of the Medieval castle, organised by Bernie Fabre with a hand picked line up reflecting Weatherall's singular and eclectic worldview- acid house, dub, space rock, gnostic sonics, leftfield literature, artists painting the castle walls in trippy yellow stripes and performances from Andrew as DJ and as Woodleigh Research Facility with sets over the years from the likes of Silver Apples, The Liminanas, Red Axes, Baris K and Curses. This year the three nights have seen headlining sets by David Holmes with support including Glok, Ian Svenonius, The Utopia Strong, Manfredas and Sean Johnston/ ALFOS. I've never been to Convenanza, it's the wrong time of year for a teacher to be flying to south west France for a weekend of debauchery, but one day I shall no longer be bound by school holidays and if Bernie still puts Convenanza on, I shall be there. In the meantime I live Convenanza vicariously through updates from friends who are there. In tribute to the festival and Andrew Weatherall todays forty minute mix is a Convenanza friendly set of Weatherall remixes from the last decade, the hissy drum machine, space echo, arpeggiator and sequencers all deployed, setting the controls for the heart of le sol.

We are making our own pilgrimage today, to Childhood Wood on the edge of Sherwood Forest, Nottinghamshire. The MPS Society, the charity who look after children and adults born with the set of genetic diseases, have a piece of woodland where they invite families to plant a tree in memory of those who have died. We're going there today to plant an oak sapling for Isaac and to see him added to the memory board. Another moment of grief and remembrance in a year full of them.

A mix that made a rainy brighter for me. I think it is a good idea planting a tree in remembering Isaack

Lovely stuff. And the tree is a beautiful thing.

Will give that a listen, looking forward to it.
What a beautifully simple but touching idea planting a tree is. We were up camping in the Sherwood Forest area in mid August and it's a gorgeous area too.

What a beautiful idea, a permanent mark on this earth, for others to find beauty within. And the mix is great Adam, that Twilight Sad remix in particular is one of all time favourite Weatherall mixes

I hope today went well, Adam, such a wonderful idea.

A lovely tribute to Weatherall, too. I've never been to Convenanza either but that was a transporting three quarters of an hour.A nice touch to finish with Intro, a promise of endings leading to beginnings. Great stuff.

I'd love to go to Convenanza, hopefully one day. Yes, a tree is a wonderful memori.

Thanks everyone- it was emotional and upsetting but lovely too. It was the first tree planting since before Covid so there were quite a few families there. The sapling is cloned from the Great Oak in Sherwood. Hopefully it will flourish over the next few years.