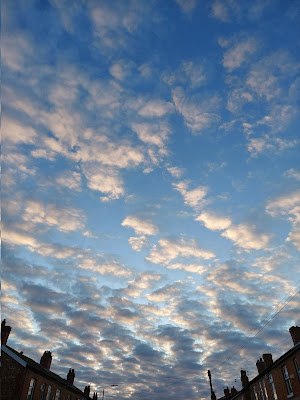 Back in August Stinky Jim sent me his latest album, Spacial Awareness, flying through the ether from the other side of the world. His 2021 album It's Not What It Sounds Like was a box of dub and reggae treats and delights, recorded in Auckland, New Zealand where Jim lives.

Spacial Awareness is a further twelve tracks of dubby goodness with plenty more going besides. First song, Avant Grades, skanks and shuffles its way in, echo shifting the sounds around in the mix. Steam Fish, with a vocal from Nazamba recorded at Tuff Gong in Kingston, Jamaica, is superb stuff, a solid riddim and the righteous, gravel on toast voice of Nazamba on top. Cry For The Ute is faster, gliding around beautifully, with melodica and sampled voices dropped in and out. Owner Face, with wheezy keyboards and  shifts into mid 90s downtempo territory. A distorted horn riff turns up, early 80s punk funk style. Le Creak and Runs On The Board return to the dubbed out sounds (Runs On The Board as a very Sabres Of Paradise bassline at the fore). Quiet Spillage is funked up exotica/ dub, double bass, piano and hiss. Loose Carry has some wonderfully clanky steel drums over clattering rhythms and a stuttering synth bassline, the riffs swapping places with each other and then piling up, breaking down, and then being set loose again. Bolshy Ballet is further out, industrial dub rhythms and space echo, and then a lighter middle section with spaced out melody lines. Spacial Awareness closes with Sand Gestures, a vintage drum machine sound puffing away, computer game bleeps flying in and the skank returning, reminiscent of Nightmares On Wax and Warp's dubbier output, music for late night downtime.

Spacial Awareness is at Bandcamp, and selected digital retailers. Jim's Stinky Grooves radio show is highly recommended, promising (and delivering) 'broad beats and robust rhythms'. Last year's It's Not What It Sounds Like is here, dubby sounds for difficult times.

Listened to Spacial Awareness over my tea and enjoyed it a great deal. Runs On The Board was a particular stand out for me.

Teatime dub should be a sub- genre in its own right

Thanks so much Adam and also to you The Swede, happy to dub up your teatime anytime.