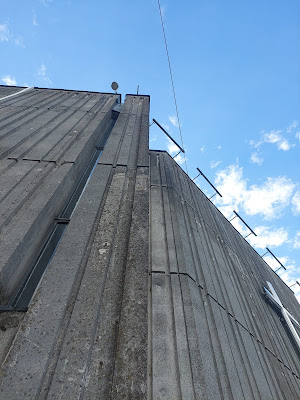 The planets and moons that orbited around Andrew Weatherall's sun still spin, musical and artistic endeavours spreading out in ripples. Big Vern Burns was once a resident at Weatherall's Double Gone Chapel, held at various locations across East London in the 00s. Now residing in deepest Cornwall, Vern records cosmic, spangled acid house as Boxheater Jackson and the revived Mighty Force label have just released Boxheater's album We Are One. One Nation is the kind of house music that goes straight to the central nervous system- bouncing synth sounds, kick drum, rippling FX, long ominous chords and a deep portentous vocal, 'One nation/ We are one nation/ One nation/ Under the sun'.

The album has a cosmic/ time theme running through it, a sense that the universe is big and we are small. Why Can't You See has a spoken word vocal talking about light, human beings, musical symphonies, uniqueness and individuality and at over ten minutes long takes its time very nicely, chugging along with descending synth lines and buzzing basslines with production that makes it all sound huge. We Are One is at Bandcamp, CD and digital.