Some Folks Are Born To Wave The Flag 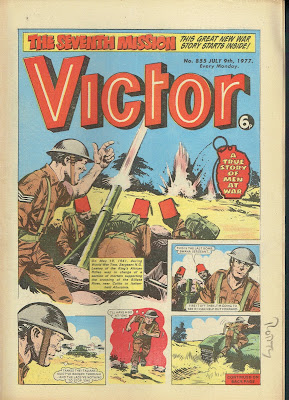 There's a lot of war in the ether at the moment, both real and imagined. Obviously the Iran- USA situation but also Brexit looming and the lunatic fringe making their usual absurd comparisons. Leave.EU recently tweeted that 1st February should see all the church bells ring across the country to celebrate 'our independence'. The original tweet read-

'BELLS FOR VICTORY
Just as we did to mark the Allies' victory in Europe in 1945 we're calling all patriots to ring the bell at their local church... to celebrate Britain's new found independence! If the powers that be don't like it? We'll do it anyway!'

I'm sure we don't really need to unpack this swivel eyed insanity any further but this shows what we're dealing with and where the leave ultras heads are at- leaving the EU is for them on a par with defeating Nazi Germany. Mark Francois, comedy little right wing Tory bellend, repeated this call in the House of Commons, demanding Big Ben ring out to mark the occasion.

The right wing who have pursued this national idiocy have made these World War II comparisons all the way through. Brought up on Second World War films and comics like Commando and Victor, there is an enormous emasculating shadow that falls over them, the knowledge that their fathers and grandfathers served in the two big wars of the Twentieth Century and that they never would. They're obsessed with the Germans, Dunkirk, Churchill, Spitfires and D- Day, never missing an opportunity to hark back. This idealised Britain of their imagination, all white cliffs, Sten guns and Anderson shelters, is of course a Britain before immigration and before the liberalisation of the 1960s. In their version of World War II the Soviets are always inconsequential, despite losses of 20 million, and the USA always arrives late, 'after all the serious fighting's done'. Francois, Farage et al, a lifetime spent wishing the Second World War was on their CV, their little Dunkirk hard ons leading their politics.

Meanwhile in the USA the last two Republican Presidents both had the opportunity to serve in the jungles of South East Asia and both passed it up. Trump had five deferments from Vietnam. George W Bush had his Dad pull strings and served with the National Guard at home. Trump (especially) loves the hard man imagery of assassinating men in foreign countries by drone strike.

These things came together last week. And then I heard Creedence Clearwater Revival's 1969 song Fortunate Son while looking for some footage of Vietnam for a lesson with my Year 11s.

Yes I can respect a man/woman who refuses to fight or kill another person, a conscientious objector, but someone who uses their wealth/status to dodge the draft and then years later sends thousands to war and death. That's pretty low and morally dishonest. Trouble is a whole country, the USA, voted for two such individuals. 'Land of the free, home of the brave' has been misrepresented by Bush and Trump. Shame.
-SRC

It's ironic that with all this obsession with WWII that they seem to be bigger fans of the Nazis than the side their grandfathers would have fought on. I recently had a run in with someone who took objection to me not being a supporter of the British army following my comments about Bloody Sunday. He said that if it wasn't for the British army we'd be all speaking German in Ireland. I told him that if it wasn't for the Russians you'd all be speaking German in the UK. He really comprehend this as all he knew was that the British won the war, singlehandedly, probably. Like most with an unhealthy obsession they generally know very little about the actual subject in reality.

It would be funny, if it wasn't so fucking scary. And you know who is going to be blamed when the shit hits the fan.

And now we have 'bong for Brexit'. Which has two potential meanings...