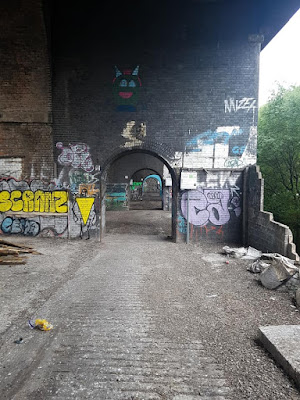 Doves returned in June after a lengthy absence and gave us a new song, Carousel, the latest instalment of their rainswept northern melancholia. Driven by some intricate drums and decorated with some lovelorn guitar sounds Carousel sounds like a band fired up again after a rest. There's a lot more going on here than first meets the ear and it rewards repeated plays.

Tickets for the gig at the Apollo sold out before I got one. I dithered. Part of me is still not convinced indoor gigs next March will be either going ahead or a good idea. I've been into work this week for the first time since March, the building largely empty except for some builders and various staff trying to make the school 'Covid secure' for the return of 1300 young people in two weeks time. Having spent the last five months shielding and living a pretty reclusive life it's really weird suddenly being indoors with other people, who have varying degrees of ideas about what constitutes social distance and also how every surface, everything I touch, I look at differently. Going from shielding to being in a classroom with thirty teenagers is going to be a sudden and massive jump and as far as I can see, whatever the government would like us to believe about eating out and helping out, the pandemic is still very much with us.

I heard this on the radio recently, those little guitar lines, thump of the bass drum, the vocals. It sounded exactly right and very apt for 2020. When Doves get it right, they really get it right.

There Goes The Fear
Posted by Swiss Adam at 08:00

"Rainswept northern melancholia" ha, that hits the nail on the head in the best possible way. I was lucky enough to see Doves twice last year, once at the Albert Hall (a great display by the band but a gig ruined by the twattish audience, at least around us-admittedly not the band's fault) and a much more enjoyable experience at an end of summer festival.
It's been too long since Kingdom Of Rust, an album I will always associate with the Lake District as I first heard it on holiday on the drive from the M6 at Penrith out to Keswick, where it's expansiveness and open soundscapes seemed perfectly timed. Looking forward to the new album very much.

It's a real shame when a band or gig are ruined by a twattish audience. And I can easily imagine Doves and Penrith/ Keswick going together very well.

There is something very in line with the world to have a new Doves album. Carousel is like a Pied Piper's flute. It draws you in and effortlessly gets you to follow where its headed. The second single Prisoners harks back to some of Doves' sound of yore and I am not mad about that.

Happens too often these dsys unfortunately. For some reason it seems much worse in London in my experience.

I agree Echorich, Prisoners didn't for it for me either, too reminiscent of some of the mid paced acoustic rock of the mid 00s.