Though I Will Disappear 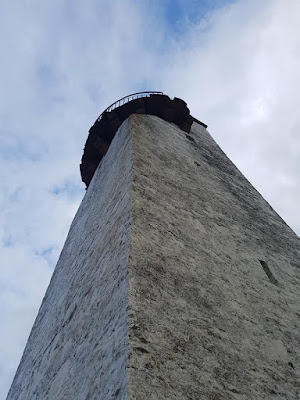 Something about the heat we've had in the twenty four hours put me in mind of this song by The Clash yesterday evening, one of my favourite Clash songs. The Street Parade is buried deep into Sandinista! at the end of side 5, song 30 out of 36, but it is a joy and a moment of light breaking through the clouds (Joe's existential dread and the melancholy of the instrumentation notwithstanding). Placing it where they did, it comes at the listener like buried treasure, after the smokers backwards soundscape of Mensforth Hill, the murky rockabilly of Junkie Slip and the roots- rock- reggae of Kingston Advice, a reward for getting this far.

Fading in on a Caribbean rhythm and some echo, Topper effortlessly finding the beat, Joe's vocal comes in as if from his bed, a man drained, 'when I was waiting for your phone call/ the one that never came/ like a man about to burst/ I was dying of thirst'. Horn stabs add to the tropical feeling and then a beautiful, circling, haunting Mick Jones guitar riff, offbeat and out of time. Joe builds on his theme of being lost and of wanting 'to disappear/ into the street parade'. Youth culture/ pop culture and punk often takes the Prisoner approach, of demanding to be a free man not a number, of being an individual and not one of the crowd, but Joe wants to slip into the parade and be lost among the mass of people, hiding himself. Maybe this is why they enjoyed New York so much during 1980, they had an anonymity there that suited them and that freed them. The horns and marimba build while Topper's martial, marching beat powers the song on, Mick's guitar riff echoing round and round. Joe continues 'I was in this place/ by the first church of the city/ I saw tears on the face/ the face of a visionary', before coming back to his main theme of disappearing and fading into the street parade. There's a lot going on here, not least one of their very best melodies, and it's all done inside three and a half minutes.

The Street Parade
Posted by Swiss Adam at 08:00

Initially, like many, I found Sandinista a big ask, and even a bit daunting at first. It's still a bit uneven to say the least, but it has buried treasure within it such as this track. Despite all this I've always been full of admiration for the sheer level of experimentation on display on the album.
Coincidentally I've just read Johnny Green's book on his time around The Clash and what a good read it is too.

I read Johnny Green's book when it first came out but it's definitely due a re- read. Sandinista! is magnificent and continues to offer up new favourites and songs you hadn't noticed so much before.

If you're reading the first edition paperback of Johnny Green's book, take a gander at the Ray Lowry illustration on page 95 (Jesus Christ...etc). The original drawing hangs on the wall behind me. My pride and joy.

Ray Lowry lived near to the school I worked at in the 90s, deep in Lancashire. His next door neighbour was the technology technician. He lent me a couple of things and talked of Ray very warmly. I wish I'd made more of this connection now.

Buried treasure is exactly what I have always thought about Street Parade. I have a playlist on my i-Device that is devoted to downtempo Clash tracks. It is a very moving compilation.