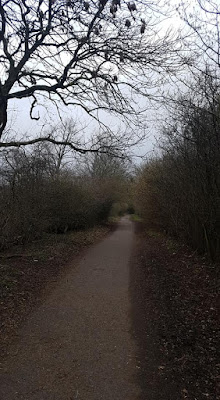 Sunday morning vibes to kick off your day, slowly at first and then building- first a collaboration between Dan Wainwright and Rude Audio with a swirling, slow motion, Sabres Of Paradise influenced song, a dubbed out blur with some very reverbed vocals, FX stretched sounds. Early Morning unwinds itself in no particular hurry and very nicely indeed.

Second a series of remixes of Double Sided Mirror by Cold Beat. The original, a year old, sounds like a long lost 80s synthpop classic, capable of making the hairs on the back of your neck stand up.

The remix package brings some heavyweights out to play including bass heavy, analogue hypnosis from ex- Cabaret Voltaire man Stephen Mallinder and some gorgeous motorik euphoria from Sean Johnston's Hardway Bros and Duncan Gray, billed together as Hardway Bros Meet Monkton Uptown. Sean's remix output over the last year has been immense and difficult to keep tabs on and the standard is incredibly high but this is right up there (and reminiscent of his A Mountain Of Rimowa track from 2019, the spellbinding groove A Motorik Oscillation Retread). The Cold Beat remixes are available at Bandcamp, a phrase I am type regularly at the moment.

Going to give this a good listen - A Motorik Oscillation Retread is still one of my all time favourites, so any comparison to Mr Johnston's past glories has piqued my interest