Keep Saying No To Her 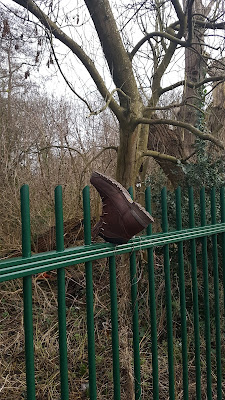 On Sunday night Drew posted Wasn't Born To Follow by The Byrds on Twitter, a gorgeous piece of cosmic country from 1968 (and appearing on the Easy Rider soundtrack a year later). The Byrds and yesterday's postees The Charlatans are always connected for me, partly because of Tim Burgess pinching some of David Crosby's lyrics from Everybody's Been Burned for The Only One I Know and partly because they're linked in my past. I remember getting into The Byrds via a cheap compilation aged 18 or 19 and The Charlatans would come along not much later. I pulled out my vinyl copy of Younger Than Yesterday for a listen, an 80s re- issue of their 1967 album, folk rock songs tinged with acid guitars, psychedelia and jazz. The Byrds seem very time- locked to me rather than timeless- not that that's a bad thing- the harmonies, the 60s phrases in the lyrics, the Rickenbacker, the brisk drumming. On Younger Than Yesterday the road into country they took in '68 is signposted with a pair of Chris Hillman songs, Time Between and The Girl With No Name, two of the album's highlights. The album's closing song, Why, took me right back to being in my late teens and sitting in the sun in the summer.

Why is a David Crosby and Jim McGuinn co- write, led by Crosby's Ravi Shankar inspired raga guitar, and some lovely lead acid guitar lines ringing out courtesy of McGuinn with just enough distortion on the Rickenbacker, a Motown pace backbeat, and on top those distinctive harmonic vocals and very mid- 60s lyrics about an unnamed hippy girl, 'Keep saying no to her/ Since she was a baby/ Keep saying no to her/ Not even maybe/ why?'. The gently stoned finger pointing reaches its peak in the third verse, Crosby asking The Man, 'You say it's a dead old world/ Cold and unforgiving/ I don't know where you live/ But you're not living/ Why?'

There's a fantastic version of Why by the short-lived British psych band Tomorrow that is worth seeking out. Think it's on a comp, "Abbey Road, The Psychedelic Years" or something. Chaotic, wired and brilliant it sounds too.

This one Nick, thanks, great version