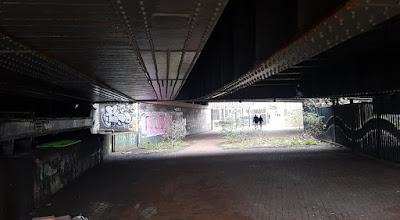 Daniel Avery has recently added some new tracks to his already extensive back catalogue. I'm a big fan. Walking round in the dark recently, getting my government endorsed exercise, with last year's Love + Light album in my headphones has given me a new appreciation of the album, it's sounds and textures and all that cavernous reverb.

There's a Jas Shaw remix of Think About What You Love (from 2018's Song For Alpha album) available for free at Bandcamp. Jas was one half of Simian Mobile Disco. He worked on the track, left it unfinished and unlabelled on his computer and found it a couple of years later and used it as the starting point for a new drum sound. Strange, dusty, minimal techno, bent out of shape.

To go alongside this Daniel's also made this available at Bandcamp, a Teodor Wolgers reworking of a song from his Illusion Of Time album from this time last year, an album he did with Alessandro Cortini, and which soundtracked the descent into the first lockdown for me. This remix is a beautiful, soothing blur of white noise and piano.

Avery's on a real purple patch at present. That Wolgers mix is lovely too