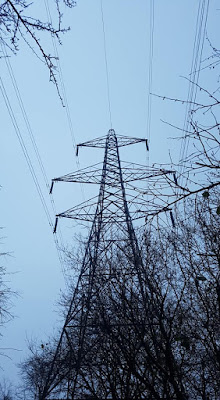 Another slice of modern techno today, a 2017 release from Curses, a one man Berlin based American in exile who makes electronic, disco/ post- punk flecked rock 'n' roll. This remix is by Russian DJ/ producer Inga Mauer, who makes it even darker than it started, a tension filled five minutes.

Together In The Dark (Inga Mauer Remix)