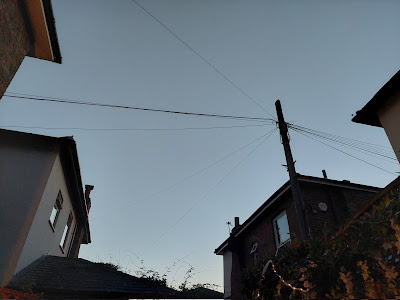 Back in 2010 Andrew Weatherall remixed Danish producer Trentemoller's track Silver Surfer, Ghost Rider, Go!!! At that point Timothy J. Fairplay was Andrew's studio right hand man, a partnership which would result in their album as The Asphodells (the superb Ruled By Passion, Destroyed By Lust, named after a shlocky gladiator porn movie). One of the key influences at the time, all over the Trentemoller remix, was the glam rock stomp, a wonderfully retro sound derived from twin sources- Big New Prinz by The Fall and Let's Get Together Again by The Glitter Band, 'the men in satin trousers it's ok to like' Andrew quipped after playing the song on one of his radio shows at the time (that's The Glitter Band not The Fall obviously).

Big New Prinz is a remarkable piece of Brix- era Fall, built around Glitter Band drumming, some really grimy bass and vicious guitar lead lines, a song that developed from a 1982 song (Hip Priest) and was reworked for their 1988 I Am Kurious Oranj album, a record that combined some kind of tribute to William of Orange's ascension to the English throne in 1688 and the soundtrack to a Michael Clark ballet along with a version of Jerusalem. Meanwhile Mark riffs about rock records, drinking the long draft, big priests and the self referential refrain, 'He/ Is/ Not/... Appreciated'.

Let's Get Together Again is 70s social club manna, a football chant and double drumkit stomp, sax and Les Paul. No mp3 I'm afraid but I've found it on Youtube- there's another clip on Youtube where they perform the song on Top Of The Pops and are introduced by a well known sex offender/ DJ but we don't need to see his face here.

Andrew and Tim channelled these sounds into the Trentemoller remix, one of those tracks you wish could loop endlessly whilst you go about you daily business.

There is a second Weatherall/ Fairplay remix, the Sky 81 remix, which is less Glitter stomp and more echo- laden, submerged, Wobble era- PiL take on the original. Both remixes, the original and two other mixes can be bought here. And for completion's sake here are the twin heroes of the Trentmoller song, from the golden age of Marvel and the pens of Stan Lee and Jack Kirby. 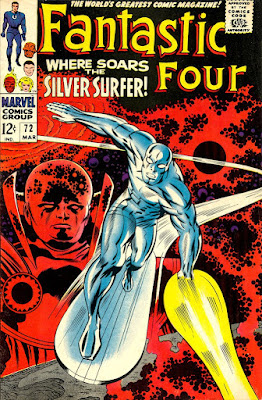 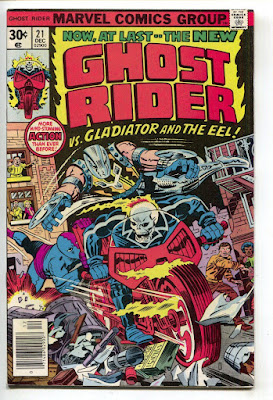 I know- I thought it was more recent than that.