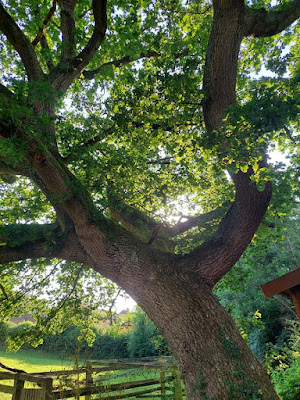 A week in blistering heat in the Wye Valley does wonders- the lazily twisting River Wye, the hills and deep valleys of the Forest of Dean, houses dotted on the hillsides and built into steps cut out of the landscape, a wooden cabin shaded by the canopy of an oak tree, cold beers and long evenings... the only shame is five days wasn't long enough. I've never been to the Wye Valley before. It's a very distinctive part of the country and it really feels like a place on its own, a geographically unique area with beautiful countryside and an industrial heritage- iron, timber, mines, railways, ore, charcoal, wire and cable industries all thrived during the 19th and early 20th century.  Just a few miles drive and you hit the River Severn and various harboursides.

Some valleys in song from the hard drive. Allez Allez were an early 80s Belgian New Wave produced by Martin Ware.

Valley Of The Kings

Sinner DC are Swiss and Endless Valley came out in 2012 with various remixes, this one by Sonic Boom.

Sounds like the perfect tonic, SA - not an area I know anything about and now I have a hanker to visit.
Great to hear Allez Allez here - must just add that the vocalist Sarah Osborne is English, I knew her back in the days of yore as she was part of our little local punk crowd, and will always remember her for being friendly to me the first time I went to a gig there on my own! She always had that certain something about her that we knew would go further, and for a while she was also Mrs Glenn Gregory.

My job takes me to the Forest of Dean about once a month (less during the lockdown, of course): Cinderford, Coleford, Lydney and Newent. It's a lovely, scenic drive but we don't often get there for social/family outings. I probably haven't been to the Wye Valley since my school days. Very happy memories of jumping in the river and letting the current take you for a while before swimming over to the bank. I'm glad you had a great time and thanks for returning with some excellent musical choices. I knew the Allez Allez song and the Sonic Boom remix was a welcome treat.

Passed through all of those places Khayem. Part of me thinks retiring from teaching as soon as is possibly and going to live in the Wye Valley, slowly becoming an aging Wye hippy type might be the future for me.